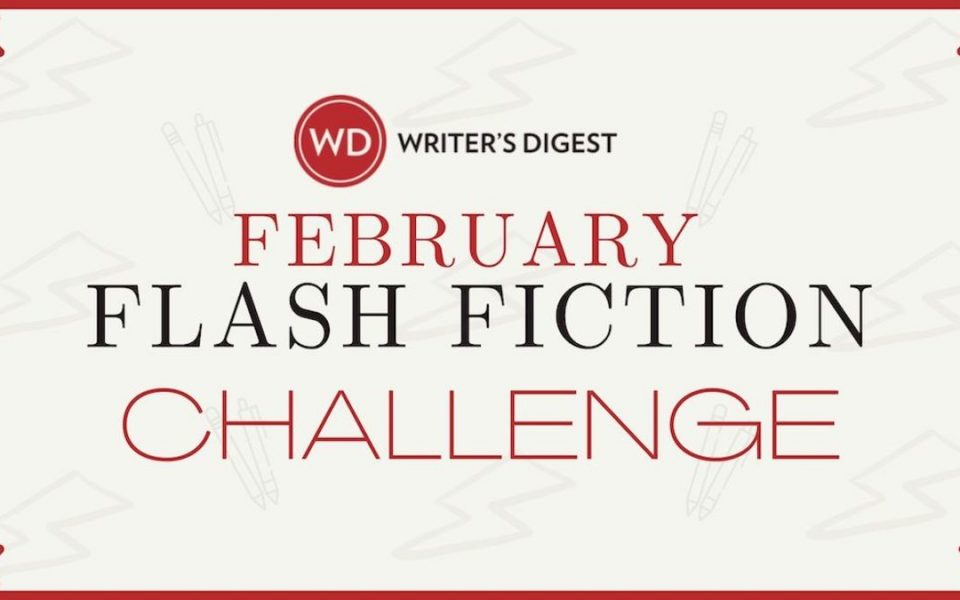 Today is our last day writing together for this challenge! I can’t believe how fast it went; I’ve had such a joy writing with all of you this month and seeing how wonderful and creative your stories are. And for everyone who has reached out to me with kind words about this challenge, I want to tip my hats off to you as well—we’re all in this together, which is what makes it so fun!

Because we’re closing out this challenge, I’m thinking of endings. But also of things that should end but don’t, and things you think are endings but aren’t.

For today’s prompt, let’s write about an ending that doesn’t end. An Unending Ending, if you will.

Here’s my attempt at the Unending Ending:

Today; Next Week; Next Month

It is not going well.

They are in the foyer of the house her parents’ money bought them almost 30 years ago now. There is a $2,000 vase on the little wooden table; the crystal chandelier is coated in dust. Michael’s suitcase and his work and gym bags are stacked neatly by the door. He takes a moment and smooths the front of his sweater.

“Neither of us has been happy for a long time, Mary,” Michael says. He’s rehearsed this part after the last time he tried to leave.

“You’re not supposed to be happy after the first five years of marriage,” Mary says, speaking slowly, as if to a toddler. She is standing between him and the door, arms crossed, feet planted wide. She is home early from spin class, face still shiny and red. “That’s when the sex goes bad. Everyone knows that.”

Once, Michael invented a work conference—even put it on their shared Google calendar three months in advance—then packed all his things and went to stay in a hotel across the city. He was there for three days before giving up and coming home. Mary, who was as smart as she was prickly, knew there was no conference. They’d never spoken of it again.

“Mary, I’m going,” Michael says. “We can hash things out through the lawyers.”

“You mean the lawyers who are personal friends of my family? Those lawyers?”

A shiver runs through Michael. He looks down at his hands. They’re shrinking, just a little. Shifting his gaze, he sees the fabric around his knees start to sag a little. He knows he needs to leave—now.

“Get out of my way, Mary,” he says. But his voice is a little unsteady.

She hears it. She taps one bright-red fingernail against her bicep. Her wedding ring flashes in the sunlight from the window. “Were you planning to take the BMW? You know that’s in my name, right? Of course you do; we bought it with my trust.”

Michael’s skin tightens, shakes. The hallway around him seems to grow, but he knows that’s just an illusion. He’s the one shrinking.

“I don’t need your cars,” he says. His voice is an octave or two higher. “I can take care of myself.”

The shrinking is happening faster. The longer he has to listen to her, the more his bones will wither and weaken. Soon, he will be too small to reach the front door, and she knows this.

Her eyes glint as she looms over him. “You think you can make it out there without me? You don’t even know who you are without my money. What, are you going to live in some rank motel somewhere? Explain to your coworkers why you’re always late now because the bus never keeps its schedule? Really, please, I want to be a fly on the wall when you show up at Christmas and explain to your whole family that you’re almost 50 and have traded all your cars and the mansion and the beautiful wife for a sad little studio with water-stained ceilings and neighbors that blast rap music all night and only one burner works on the stove. Tell them how all your investments were actually mine made with my money and you blew your retirement savings on lavish vacations and stupid Star Trek memorabilia.”

“I’ll figure it out!” he says, shouts, because his head is down to her knees, now, and his voice is small, and she needs to hear him. His clothing is now billowing around him, like a boy playing in his father’s Sunday best, dreaming of being a man.

A cold smirk across Mary’s mouth, the knife in his heart. “You aren’t so stupid as to think you can make it on your own, Michael. You’ve never been able to do anything for yourself.”

It’s the final blow. In one creaking, cracking adjustment, he’s down to the size of her ankles. He has to fight his way through the fabric of his khaki pants and maroon cashmere, only to be spat out onto the hallway rug, naked and vulnerable and pathetic.

He watches as Mary throws the deadbolt, high above what he’s able to reach. She shakes her head, pitying. She shakes out her ponytail and struts by him, head held high, aristocratic in a way he can never pinpoint as learned or just breeding. He lays on the coarse fabric of the rug and shakes with grief and rage and impotence.

Michael Knowles is not leaving his wife today.

But maybe tomorrow or next week or even next month, when he’s grown tall enough to reach the locks and his clothing fits again, he will.