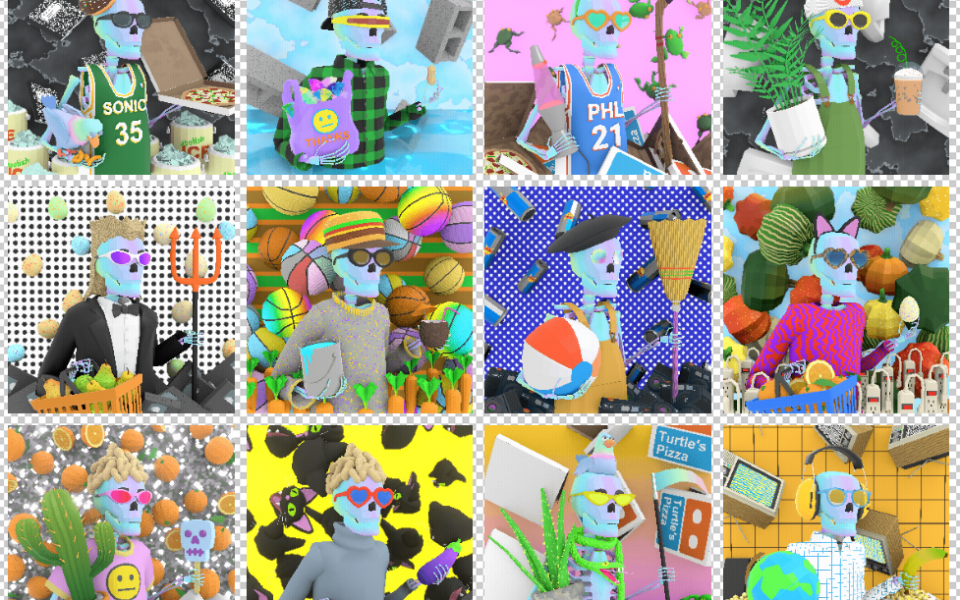 5 NFT Projects on Tezos You Need To Know About

Looking to dive further into the NFT space? You can start by straying off the virtual beaten path and exploring projects hosted on blockchains besides the monolithic Ethereum network. One such blockchain that’s worth looking into is Tezos.

Built by Kathleen and Arthur Breitman in 2017, this blockchain sets itself apart from its contemporaries in a few notable ways. Firstly, it’s capable of evolving and self-amending, which enables programs hosted on it to scale themselves up relatively quickly and reliably.

Perhaps more importantly, though, Tezos is also renowned in NFT circles due to how it runs on a Proof-of-Stake consensus mechanism. This method of verifying transactions on a blockchain is widely regarded as being much less resource-intensive than the Proof-of-Work model Ethereum runs on. Thanks to this, Tezos has been touted as the environmentally-friendly blockchain — using up to two million times less energy than Ethereum.

One of the first marketplaces on the Tezos blockchain was Hic et Nunc (HEN). At the time, it was heralded as an economic alternative to Ethereum-centric marketplaces. But the platform suddenly shut down on November 14, 2021 with no explanation.

Fortunately, the NFTs that were listed there are now on Tezos’ array of other marketplaces. These include Objkt, the largest and most popular marketplace on the Tezos chain; Teia, a marketplace that was created in the image of Hic et Nunc shortly after it was shut down; Kalamint, one of the first Tezos NFT marketplaces to ever exist; and OneOf, which specializes in music and sports memorabilia.

Ready to start perusing the marketplaces for your next NFT? We’ve made it easy and compiled a list of some of the most notable projects hosted on Tezos to get you started.

First up is Tezzards, a generative PFP collection consisting of 4,200 Tezos-native lizards, or ‘Tezzards.’ Each Tezzard in the collection is a combination of 97 traits hand-drawn by illustrator and digital artist George Goodwin. As such, each Tezzard carries Goodwin’s signature cartoon style. On top of the 4,200 Tezzards created in the initial mint, six super rare one-of-one Tezzards hand-drawn by Goodwin himself are hidden in the collection.

Since launching in 2021, these ‘snazzy’ lizards have received glowing praise throughout the NFT community. According to the project’s website, noted NFT collectors like Chris Wallace, Artchick.eth, and Jesse Altman are among the biggest champions for this project.

Noted 3D artist in the NFT sphere John Karel came up with the perfect project to commemorate Halloween 2021: an animated collection of spooky, scary skeletons. Dubbed randomly common skeles, the open-edition mint went on for 24 hours, starting at 8pm UTC on October 31.

Karel crafted 800 traits for the collection, all evenly distributed throughout the 24-hour mint and available for purchase at the very reasonable price of 5 TEZ. At the time, that was roughly equivalent to $31, ensuring anyone who wanted to get in on the skeleton action could do so with no issue.

FxHash is a platform for generative art, enabling anyone with a Tezos crypto wallet to mint iterations of generative tokens hosted on the platform. These iterations are all touted as being FA2 compliant, enabling users participating in generative art projects via mint to freely exchange the NFTs they generate.

Aside from that, FxHash also functions as an open marketplace for generative art, with the site itself stating that its marketplace features “no curation,” and is “open to everyone.” For anyone who’s stumbled across Art Blocks in the past, this platform may just be right up your alley.

With Web3 (and subsequently, NFTs) representing the future of the internet, there has understandably been a bevy of projects done in the NFT space themed around the very idea of the future. One such project is NEONZ, a 10,000-piece collection of animated retro-futurist avatars, all designed by Australian digital artist Sutu. Included in the collection are pieces themed after sci-fi icon Robocop, and even both members of the dance music luminary Daft Punk.

Each of these avatars also functions as a ticket into the Sutuverse — a virtual Web3 playground designed by the artist. Herein, users are promised all kinds of augmented reality, virtual reality, and web-based experiences curated and designed with Sutu’s discerning eye pointed towards the future.

Remember Nintendogs? If you do and are now spiraling into an existential crisis wondering what happened to those virtual puppies you once doted on as a youth, then Dogamí is the perfect project for you. This upcoming project is set to double as both an NFT collection and a metaverse game with AR functionality. Once a user ‘adopts’ a Dogamí — a 3D NFT of a dog — they’re free to raise their new virtual pet and even interact with it on their phone via Dogamí’s AR-enabled mobile app.

There are also a host of planned incentives for users to take good care of their virtual dogs. With enough training, users can build up traits for their pets, allowing them to more effectively compete in in-app challenges for earning rewards in $DOGA, the game’s proprietary coin.

The post 5 NFT Projects on Tezos You Need To Know About appeared first on nft now.