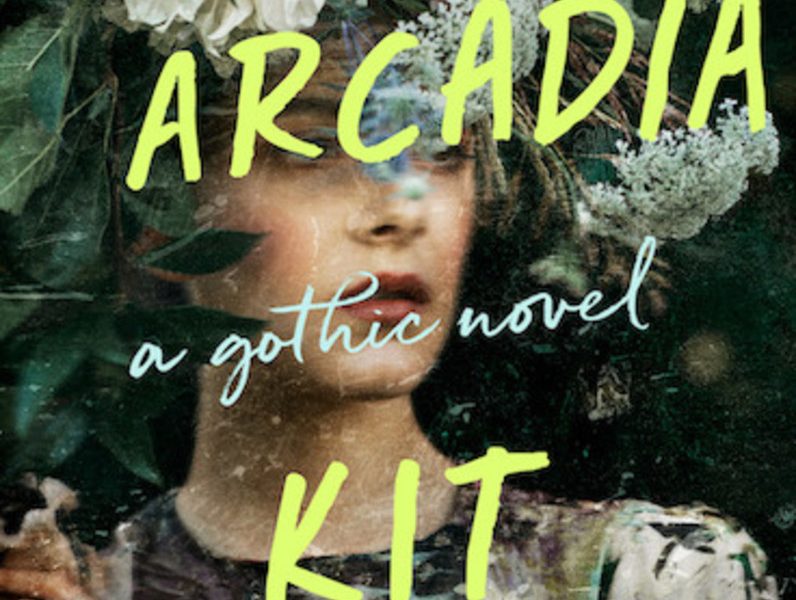 5 Tips for Writing a Revenge Story

Oh, sweet revenge. There’s nothing like a well-executed plan to get the blood pumping and the pages turning. That feeling when a character finally doles out their death punch, or sneaks that drop of poison into their enemy’s cup is one of the most rewarding experiences a reader can have.

As a longtime fan of revenge stories, that feeling I get when things fall into place never fails to bring a bigger smile to my face than a first kiss in a romcom. But the thing with revenge stories is that unless all the pieces are there, a protagonist’s final hour of execution isn’t going to feel as rewarding (or hard hitting) as you might have hoped.

Below are some of the tips I found most helpful when writing my debut novel, Tripping Arcadia.

(Kit Mayquist: On Writing the Book You Want To Read)

Yes, we’re starting out with the environment, not because it’s the setting for any story and that’s generally assumed to be a good place to start, but because environment is so much more than how the humidity sticks to your protagonist’s clothes or how the linoleum tiles feel beneath their shoes. Those are all things which are absolutely important and some of my favorite stuff to write. But no, what I mean is that before anything else can begin, I always consider how the need for revenge doesn’t just happen.

It’s not something that appears purely within the heart of a protagonist (although it can absolutely feel that way to them!). It’s true that there may be circumstances that led to someone’s need for payback, like a fight, or being wronged, but the environment and overall context that a protagonist lives in is likely going to be the very thing that helps a reader to understand the anger and emotion that led them to the decision for revenge in the first place.

Generally speaking, the structure or circumstances a protagonist lives in might be more of a motivating factor than any cruelty or deed their foe could have done. When I was writing Tripping Arcadia, this was arguably the core of the story and in many ways, was the starting point. Sitting there trying to get lost in a daydream about a glitzy and glamourous Gatsby party proved too much of a task against the stress of my own medical bills, and it made me wonder how such a grotesque display of wealth might have played off different to someone like Nick Carraway had he been in a slightly different economic situation.

In Tripping Arcadia, Lena has an anger within her that is rooted in her circumstances and frustration at a failing economy, an unjust work environment, and an emotional resentment toward being moved from what she perceived as an idyllic place due to those very issues. Her anger is something that is inseparable from her lived experience, and on top of that is likely to be shared by most readers (as well as myself). When writing a revenge story, that shared environmental understanding can be invaluable in not only supporting the plot, but keeping the reader’s investment in the revenge itself.

We all love a good revenge story, but speaking for myself, I think part of the appeal of a revenge story is because it can be this messy thing, fueled by emotions that often lead to impulsivity and irrational thinking. A lot of times this is what makes us root for the protagonist, but it’s also what makes us as readers nervous, and that’s a good thing!

If you’ve ever done something out of anger, chances are that it didn’t exactly go how you wanted. Maybe you said the wrong thing or forgot an important step. Maybe you made the issue twice as bad because you didn’t stop to think. I know I’ve been there (more than once), and it’s a very human thing, to be led astray by our emotions in times of stress, so that’s always something I try to keep in mind when I’m writing.

Try not to be afraid to show the human side of a revenge story. Emotions are powerful and complex things and can make a protagonist inconsistent and illogical; they can lead to forgetfulness or not considering something vital to the execution of their plot. When writing, I always try to give space for failure and mistakes and see how the story unfolds. A lot of times, it takes the plot in a direction that feels way more genuine than anything I could have plotted out before.

Who’s on Your Side

Revenge isn’t typically going to be a flashy thing posted on billboards unless you’re a supervillain with a flair for the theatrics. Revenge tends to be held close to the chest because there’s a layer of suspense in being discovered before the revenge can be enacted. This means that when writing a revenge story, I always try to consider who in the protagonist’s world is aware of what’s going on, and who isn’t. Tripping Arcadia is a pretty close-knit story, but who is aware and unaware of what Lena is doing changes throughout the book, and for a variety of reasons!

When writing a story centered on secrecy and the threat of being caught, I always try to consider not just who is kept out, but why are those individuals kept out of the loop? Is it for their safety and maybe the protagonist wants to protect them? Is it because they know something that could get in the way if they knew what was really going on? Is it because they can’t be trusted? There are far more reasons a protagonist might keep someone out of their plot than include them! Those individuals are vital in helping the revenge feel not only grounded, but well-paced and suspenseful.

Build on What Makes You Angry

There’s that old saying of write what you know, but most of us (hopefully) don’t know what it’s really like to get murderous revenge! Still, I find it useful to try to look inward and tap into the emotions you have that might lead you to something like that. Emotions are a powerful thing and matters like anger, grief, humiliation, resentment, heartbreak, etc., all of those are powerful, driving forces for any plot.

When writing, I tend to always start with the darkest moment of any book for this exact reason. The point at which emotions are at their peak and everything is wrong, sad, people are crying, dying, and things are just all-around awful. It is the time that is void of hope, or where everything just goes wrong. I absolutely love it and inevitably end up using it as an anchor whenever I’m writing a story.

Anytime the plot feels lost or like it’s losing its core, I always return to that darkest moment and consider how what I’m writing can lead to that pivotal scene, or how it may feel after. As a writer I’m a huge fan of emotions and sometimes all it takes to keep a scene moving forward is to look inward and see what gets that rise out of you, and then harnessing that and weaving into whatever words you end up putting on the page.

The biggest question in a revenge story is also the most obvious—how does your protagonist do it? What takes them from an ordinary person (or not-so-ordinary) and convinces them that they are the person for this task?

When writing, I think it’s so important to have a reason for how your protagonist chooses the method that they do. Maybe it’s connected to their skills or their job, or maybe they just use what is available. Maybe the situation and setting is the very thing that gives the inspiration. It could be something as simple as a late-night joking conversation with a friend that the protagonist just can’t shake.

Either way, there should be a reason that a protagonist chooses the method of revenge that they do, and it should be connected to the context of the story and their own character as much as possible. A gun may be effective, but it can be a harder sell to your audience than a candlestick that happens to be right beside the protagonist’s hand when the idea sparks.

Tripping Arcadia is a poison novel, and as someone who loves a good historical poison and the idea of herbs brewing in little glass jars, I knew I couldn’t just take any stranger in front of me in my local Dunkin and expect them to know how to reconstruct the Aqua Tofana! But for someone like Lena, who is coming from an academic world of medicine and medieval poisons, there was no way she would use anything else. Poison is something second nature to her, and no matter who the character is or why they’re seeking revenge, whatever method they choose should fit them just as well and feel just as natural of a choice to anyone picking up the book.