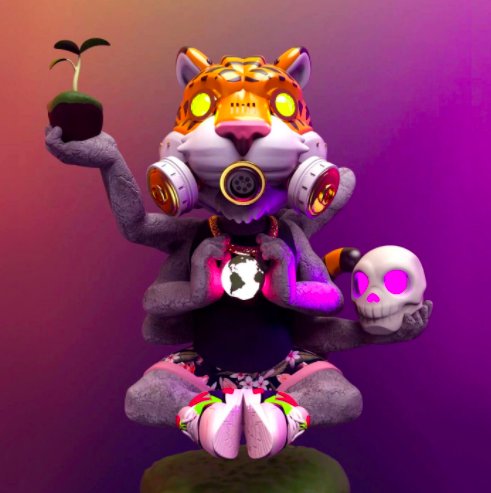 by docdna
in News
Comments are off for this post.

One of the earliest points of criticism levied at NFTs was the potential toll their continued production and distribution could have on the environment. Most of this was attributed to the increased strain the NFT ecosystem placed on the Ethereum blockchain.

Thankfully, several groups have uncovered the key to making NFTs — and blockchain tech as a whole — more environmentally sustainable: shifting from a proof-of-work verification model to a proof-of-stake model. With the release of Algorand, an energy-efficient blockchain that’s offsetting its carbon footprint in partnership with ClimateTrade, and other environmentally-friendly blockchains such as Tezos, those concerns may slowly fade.

Still, the importance of using NFTs as a force of good for our planet prevails. Thanks to these green blockchains, organizations focused on helping preserve our planet and its inhabitants are embracing this technology — namely Australia Zoo and the World Wildlife Foundation.

The Crocodile Hunter’s legacy persists in the blockchain

Australia Zoo, founded by Steve and Terri Irwin, is using Algorand to mint their first foray into Web3: the Wildlife Warriors” NFT project. The limited series celebrates the 20th anniversary of the zoo’s Wildlife Warriors.

Robert Irwin, the Irwin’s son, spoke on the importance of this launch in a press release, stating, “This green chain and new technology allows us a new avenue to continue to fight for the protection of our wildlife and wild places.”

In partnership with Meadow Labs, an Australian tech startup dedicated to creating “the world’s most meaningful digital collecting experience,” the NFT project will consist of a series of drops, each focusing on a different Australia Zoo Wildlife Warriors animal. The NFTs will be randomly generated, non-deterministic, utility-driven, and 100 percent unique. All proceeds generated from sales will go towards providing funding for Australia Zoo’s and subsequently, Wildlife Warriors’ conservation efforts.

Co-founder and CEO of Meadow Labs, Martin Kelly, spoke about the opportunity in a press release, “This is just the beginning of a long-term partnership to create an ‘NFT for good’ movement that builds on ensuring we all have a sustainable future.”

The World Wildlife Foundation is also using NFTs to fund conservation efforts. In February 2022, they unveiled the Non-Fungible Animals project — a limited launch of NFT artworks depicting ten animal species at the brink of extinction. Among these endangered species, are the giant panda, mountain gorilla, and the vaquita — a sea mammal with just 22 confirmed individuals living in the wild.

To further drive home the point of just how close these species are to disappearing, the WWF is matching the number of available one-of-one copies of each animal artwork with how many of their real-life counterparts exist in the wild.

As of writing, both the vaquita and saola pieces have sold out. Hopefully, the funds raised from this project — currently nearing $300,000 — will ensure the animals these pieces are based on won’t meet the same fate.