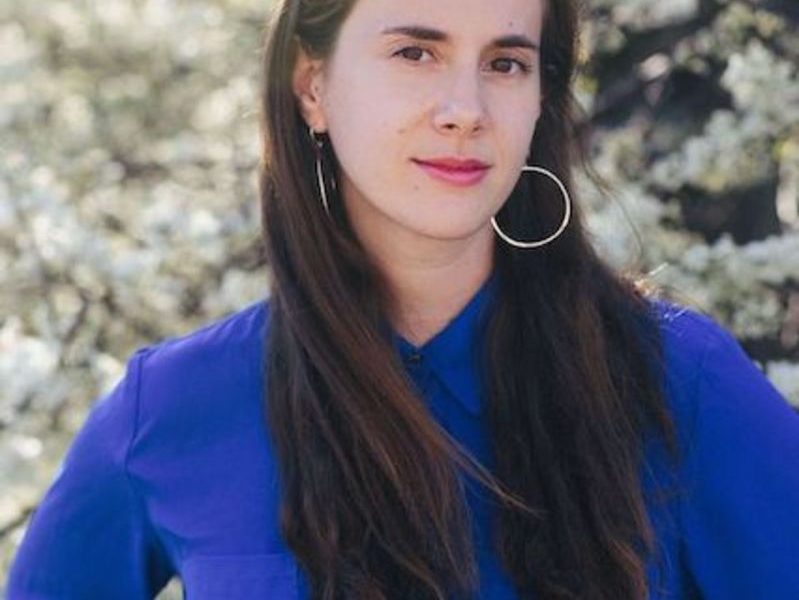 Caitlin Barasch: On Curating Our Own Personal Stories

Caitlin Barasch earned her BA from Colorado College and her MFA from New York University. Her work has appeared in more than a dozen publications, including Catapult, Day One, The Forge, and Hobart. A former bookseller, Caitlin currently teaches creative writing at the Writers Circle. She was born and raised in New York and now lives in Brooklyn. A Novel Obsession is her debut novel. Find her on Twitter and Instagram.

In this post, Caitlin discusses the collaborative effort of publishing her literary novel, A Novel Obsession, her advice for others writers, and more!

After learning a few surprising details about a romantic partner’s past relationship and suffering a slight emotional tailspin (ha), the seed for my novel was born. I set out to interrogate an insecurity nearly everyone I know relates to: a fear of inadequacy, of what we think we might lack.

That sort of fear can permeate our professional and personal lives, but instead of being paralyzed by it, Naomi, my protagonist, acts on impulse, indulges her obsessions, and flouts certain social mores in an attempt to understand herself and others.

From inception to publication: almost six years! I wrote the first page in the summer of 2016 in my favorite neighborhood café after an exhausting but rewarding day leading a book-club camp for preteens. Spending so many hours around enthusiastic young readers served as a visceral reminder of why I wanted to be a writer in the first place, so I wrote that first page in a joyful frenzy. (I wish I could say the joyful frenzy persisted throughout the whole writing process, but that would be a lie…)

The following year I enrolled in NYU’s MFA program, where I workshopped the first draft with my amazing cohort from 2017-2019, and in the summer of 2020, following some feedback from trusted readers and a few generous agents, I heavily revised during quarantine. After finishing the final draft and officially signing with my agents, we went on submission right after Labor Day, and the book sold three weeks later!

My brilliant editor, Lexy Cassola, helped me sharpen the book’s psychological thrust, ensuring Naomi’s motivations were coherent from start to finish. The original seed for the novel remained the same, but instead of remaining a straightforward tale of stalking and suspense, I realized my book was exploring the idea of storytelling itself—how we all curate the stories of our lives through social media, and especially how, as writers, we’re capable of crafting our own narrative arcs on the page.

I’ve learned so much about who is waiting on the other side of this process—aka, the readers—and how to reach them. For example, I didn’t come up with my own title. We all knew the working title wasn’t quite right, and so my agents, editor, friends, family, and I came up with a long and somewhat daunting list of possibilities—an exciting but harrowing process! The whip-smart team at Dutton suggested A Novel Obsession, and it just clicked. So that was revealing—to give in and appreciate the collaborative nature of sending a book out into the world.

Another example: the cover of my book. I was fortunate to be paired with Vi-An Nguyen, a designer who was somehow able to represent the novel’s essence in a single, compelling image. I love it!

Rosemary, the ex-girlfriend character who is also, to some extent, Naomi’s antagonist, wasn’t a writer in the first (or even the second) draft of the book! Initially her relationship with Naomi felt a bit flat and unconvincing, but as soon as I gave Rosemary and Naomi equally serious writing aspirations, the dialogue between them felt so much more alive and edgy, in addition to being way more fun and juicy to write.

And in the final stage of revision, I also received a very pivotal piece of advice from a trusted reader, Elizabeth Nicholas, who urged me to “write where it hurts,” prompting me to fully unlock Naomi’s character and access her depth.

I hope readers will feel validated by Naomi’s darker impulses and insights about herself, that these will serve as a reminder they aren’t alone. While Naomi’s actions are of course extreme, it begs the question: What would happen if you did act on your worst instincts?

Because the novel itself presents a thought experiment of sorts, I hope readers will feel seen by this opportunity to indulge in some (fictional) bad behavior. Our uncharitable thoughts don’t make us bad people, just as our fears and insecurities do not define us. I hope readers close the book feeling a sense of relief and recognition, knowing they have within them the power to rewrite, or re-interpret, their own narrative.

Find readers you trust to (lovingly) tell you the truth about your work! And if you’re ever stuck, ask yourself to identify the most humiliating thing you’d ever confess to—even if it was only a fleeting thought you once had—and then write it down.