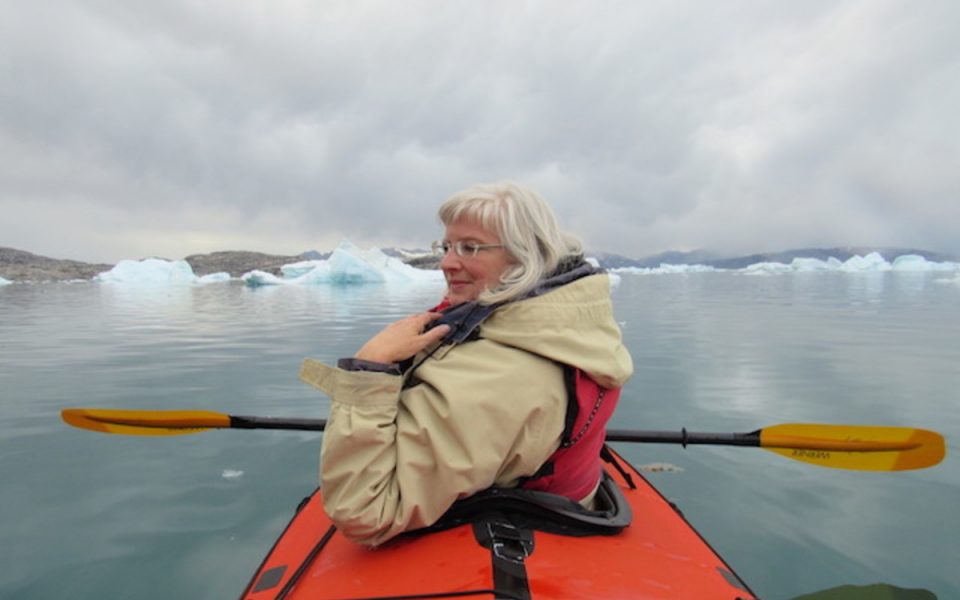 Fear Factor: How Embedding in Extreme Environments Can Lead to Compelling Fiction

by docdna
in Be Inspired, Doing Research, Fear Factor: How Embedding In Extreme Environments Can Lead To Compelling Fiction, Publications, researching tips, Settings, The Writer's Life, Write Better Fiction, Writing Habits and Practices
Comments are off for this post.

Fear is a big, dumb mutt of a word. It’s what you feel when a bus barrels at you head on, when a wonky email lands in your inbox, when your kid says he’ll be home by nine and it’s nearly 11. But fear is useful. It springs you from the path of that bus, lifts your hand from the keys, fires up your detective skills to track down your kid.

But fear, in all its incarnations—dread, apprehension, anxiety, unease, even awe—can do more than save you from buses; it can also make you smarter, more adept in your surroundings, make you feel more alive. My resolve to capture the authentic sights, sounds, smells—the real feels—of the settings of my novels compelled me to embed myself in remote forests, South American jungles, and Arctic icescapes. I dealt every level of apprehension, from mild jitters to straight up terror.

In my debut novel, The River at Night, four women friends embark on an ill-fated white-water rafting trip in Northern Maine. They lose the raft and have to survive not only the wilderness, but a mother and son who have disappeared themselves for their own tragic reasons. In an attempt to understand why off-the-gridders chose that life, I planned a three-week trip to the Allagash territory in Maine, a vast forest with fewer than five people per square mile. A few families agreed to an interview, but mostly? Lone men.

I thought, Okay, Erica, how are you going to do this without getting disappeared yourself? I wanted the goods but also to stay alive and in one piece. Sure, I packed my mace, but I also vetted my sources—grilled the people who knew them—until their sworn testimony of “Sure, he’s weird as they get, but wouldn’t hurt a fly,” rang true.

The result? Each person, without exception, offered me a meal and a tour of their dwelling, whether it was a bus, a boat on land, or a hand-hewn log shack, and once they got talking, there was no stopping them. I was in awe of the man who had built his home into the side of a granite cliff so cleverly that unless you were led there, you would walk right by. There was the sweet 20-year-old kid who kept goats and refused to eat, wear, or use anything man-made, who dug up tubers and harvested berries by day, read John Muir and Thoreau by night, shivering in a rickety cabin that couldn’t keep the heat in. My fear evaporated and was replaced by fascination, admiration, and compassion for these people who had survived incredible setbacks, and who would go to any length to maintain their fierce independence.

For Into the Jungle, a story about an American woman who falls for a Bolivian man and follows him to his remote jungle village, I embedded myself for a month in the jungles of Peru. Snakes, dinner plate-sized spiders, plants that can kill you. I was petrified and made every possible mistake—but the biggest one was not paying attention.

In the forests of the Northeast where I live, the worst things you can encounter are mosquitos or ticks. Not true in the rainforest. In a place with 360 degrees of danger—on the ground, in the water, the air, even in the thatch of your hut—to ignore your surroundings is to ask for injury, even death. My native Peruvian guide, who had been hunting for his family since age nine, kept us safe; he could detect the kind, number, and location of animals just by listening. Walking together among the hanging vines on a trail only he could make out, he might whisper, “Spider monkeys, at least three dozen, half a mile west, headed straight toward us,” while I heard only the buzz of insects. He could also “hear” with his feet: one morning he felt the vibrations of a herd of white-lipped peccary (a large, aggressive pig-like creature) a mile distant that would have run us down unless we found shelter.

But I began to catch on. Over my weeks in the jungle, I evolved from a nervous chatterbox who drove my guide crazy, to someone who did as he did: moved slowly and deliberately through the jungle with intense awareness, kept silent and listened so hard to my surroundings it was as if I had opened some kind of third eye. I learned a different way of being; I hardly recognized my loquacious, anxious self. Not that all fear had left me, but most of it had morphed into a state of ecstatic awareness. By the time I left, I’d become strangely relaxed, and felt closer to the natural world than ever before. In many ways, I was sad to leave.

Nothing could have prepared me for the sheer scale of the land and sea and ice in Greenland, where I spent a month doing research for Girl in Ice, a story about an American linguist tasked to travel to a remote climate research station of the coast of Greenland, where a young girl has thawed from the ice alive, speaking a language no one understands.

One morning, as we kayaked along a desolate iceberg-packed fjord, I asked our guide what would happen if any of these ten-story monoliths split or calved. He shrugged, and said if it happened, to immediately turn our kayaks toward the sound so the waves would wash over us, not sink us. My fellow explorers and I turned to each other, took deep breaths, and nodded as if to acknowledge: We are here, there is no going back, let’s arm ourselves with this knowledge. In silence, we dipped our oars back into the frigid denim-blue water, following our guide as he led the way back to our camp.