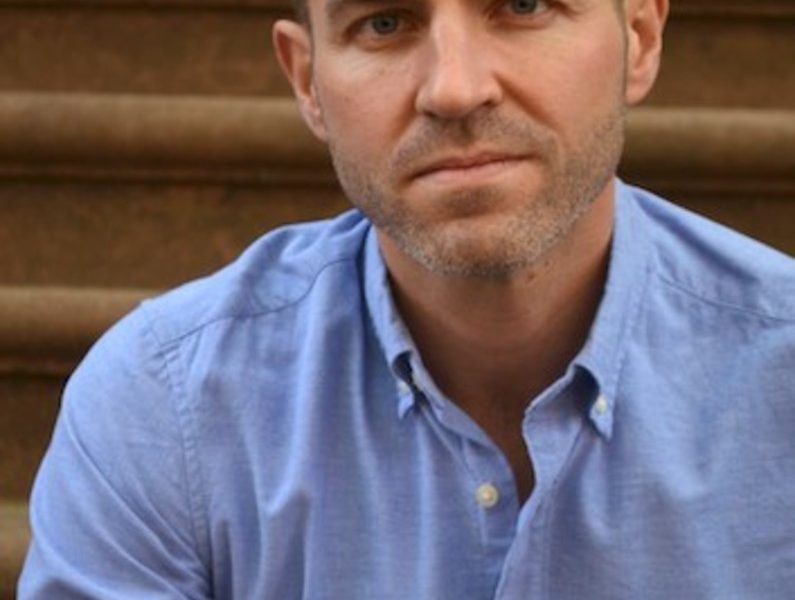 Grant Ginder: On Following the Story That Wants To Be Told

Grant Ginder is the bestselling author of five novels, including The People We Hate at the Wedding and Honestly, We Meant Well. Originally from Southern California, Ginder received his MFA from NYU, where he teaches writing. He lives in Brooklyn with his husband Mac and dog Frankie. Follow him on Twitter and Instagram.

In this post, Grant discusses the process of listening to his instincts in abandoning one idea for what would become his new novel, Let’s Not Do That Again, what he hopes to have achieved with the book, and more!

Name: Grant Ginder
Literary agent: Richard Pine
Book title: Let’s Not Do That Again
Publisher: Henry Holt
Release date: April 5, 2022
Genre/category: Fiction
Previous titles: This Is How It Starts; Driver’s Education; The People We Hate at the Wedding; Honestly, We Meant Well
Elevator pitch for the book: The underachieving daughter of a New York congresswoman sets her sights on torpedoing her mother’s Senatorial campaign, only to find that family—like democracy—is a messy, fragile thing.

The downfall of American democracy and the obliteration of objective truth! I’m kidding—or sort of at least. I’ve always been deeply interested by how—and why—we lie to the people we love. Is it better to withhold the truth from someone in order to protect them? Or, is honesty always the best policy?

The more I thought about these questions, the more I realized that the politics of love and family bear a striking (if uncomfortable) similarity to the politics of, well, politics. Morality in Washington, it seems, is a constant topic of negotiation; sometimes, in order to accomplish a greater good, lies need to be told, and the right people need to be a little bad.

So, I took all of these more conceptual inspirations, and thought I’d see what would happen if I set them up against world of a New York Senate campaign. How are the fragile bonds of a family frayed by the secrets its members keep from each other? And how do those secrets gets pushed, pulled, tweaked, and twisted by our rapid-fire, media-obsessed culture, where the truth is always up against “alternative facts?”

I first conceived of the book in the fall of 2018. At the time, though, I was working on another novel, so I did my best to put the idea out of my mind. This proved to be a lost cause—no matter how hard I tried, I found that my attention was constantly drifting back to this royally screwed up political family, as opposed to the project in front of me. To some degree, this was a problem—I had promised both my agent and my editor one book, and here I was, cheating on that idea with another one.

I’m a big believer in following your instincts, though, particularly when it comes to a story or a character that you can’t get out of your head, so I decided to give it a shot. A week later, I called my agent and told him to sit down, because I had some news. Now, nearly three and a half years later, I can’t even remember what the novel I abandoned was about!

All that said, Let’s Not Do That Again didn’t emerge fully-formed. Characters to whom I originally had strong attachments didn’t make it past the first draft; settings were changed; and perhaps most notably, a Chekhovian trash compactor was added at the 11th hour. I try to remain open to radical changes during the process—I’ve found that it’s often when I cling too tightly to a particular plot point or character that the novel’s world starts to contract instead of expand.

It’s tough to kill your darlings though, and it’s certainly something I could be better at. I’ve got sharp nails, and they like to dig in.

I feel like the luckiest guy in the world in that I’ve got an incredibly talented, invested, and supportive team at Holt. This is the third book that my editor James Melia and I have worked on together, and I never fail to be surprised by how his edits make me a better writer. It sounds a little cheesy, but it’s the absolute truth—James has an almost otherworldly talent for hearing the stories his writers want to tell before they hear them.

I was also surprised by how much he trusted me with some of the novel’s more, uh, absurdist details. I mean, I’ve got a character writing a musical about Joan Didion and he didn’t blink an eye!

I’m sure just about every novelist is saying this right now, but writing contemporary fiction during an ongoing pandemic is … uh … a learning process! At least for me, there was this initial desire to try to capture all the strange, scary, absurd new things I was observing, which I discovered very quickly that I had to resist, lest I go totally insane. This realization ended up being surprisingly freeing—instead of trying to capture the world exactly as I was experiencing it, I was able to devote my energy to fully exploring the emotional lives of my characters.

When I first sat down to write the book, I told my (long-suffering) husband that I wanted to write something that was just really fun. Smart? Yes. Emotionally poignant? Sure, why not. Mostly, though, I wanted readers to finish the last page and say to themselves, wow, that was one hell of a ride. Fingers crossed I pulled it off.

Write the book that you can’t stop thinking about, even if you have no idea how you’re going to stick the landing. If the story has a sense of urgency for you—if it keeps you up at night and jolts you awake in the morning—then that’s the story you should be telling.