Previous postFree The Story: How B2B Marketers Can Use Digital Storytelling To Bring Content Alive In New Ways
User Search History As A Google Ranking Factor: What You Need To Know via @sejournal, @MattGSouthernNext post 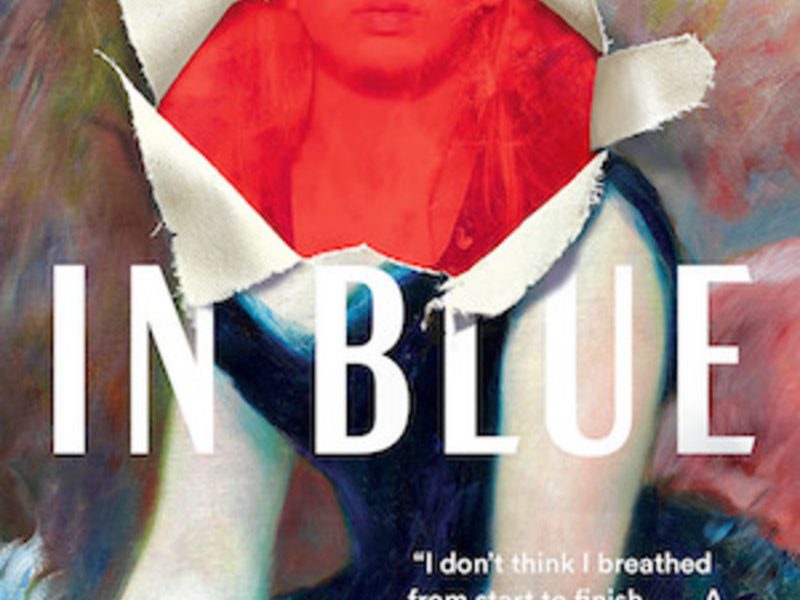 Hurry Up and Wait: On Writing and Getting Published

by docdna
in Be Inspired, Hurry Up And Wait: On Writing And Getting Published, Publications, The Writer's Life, Writing Habits and Practices
Comments are off for this post.

Lately, I’ve been experiencing this kind of déjà vu as it relates to the countdown to publication of my upcoming novel, Scarlet in Blue. It’s kind of a nagging feeling, like a mosquito bite on the middle of my back that I can’t reach to scratch. I find my foot and leg constantly moving up and down at a pretty-high speed, I’m biting the cuticles of my nails, and trying to perform slow breathing exercises to calm the tightness in my chest. Which doesn’t work because I can’t sit still. Anxiety, my doctor says. Like that was new information. But since she pointed it out, I asked her if I could get a script for Lorazepam.

(A Toolkit for Managing the Anxiety of the Publishing Process)

For context, it’s the first time I’ve seen this doctor because I’ve only recently moved to this, yet another, new town. I move a lot, but that’s a whole other story. Anyway, I’m perched on the end of the patient bed in her office, luckily fully clothed, when I ask about the Lorazepam and I’m feeling pretty good, calm, relatively happy, but within minutes I’m a hot mess because this seemingly simple question proceeds to open an unanticipated can of worms, which catches me off guard because asking such a question has never caused the slightest bump with other doctors before. She gives me this look of disapproval and I swear condescension and begins spewing a litany of prepared questions obviously meant to trick me into admitting I might have addiction tendencies and therefore shouldn’t be taking Ativan (she uses the brand name).

I dispassionately tell her I’ve taken Lorazepam off and on for years. She says they’ve cracked down on the use of Ativan or similar substances because they’ve recently discovered some people are physiologically more disposed to addiction, and especially if you drink alcohol the two don’t mix. I respond that I don’t drink (this appears to throw her off her game) which is mostly true, that I’ve shown no signs of physiological addiction to it in the past, and that I don’t overuse it (which is true – I really don’t like taking medication). Her disapproving look doesn’t change.

So, I ask her if she’s ever experienced a panic attack (she looks down at her clipboard) and I attempt to describe how sometimes the anxiety builds on itself and gets to the point where I can’t breathe, where it feels like my heart is going to jump out of my chest, and I start crying uncontrollably, and the only thing that seems to help is taking a Lorazepam and bringing my knees to my chest until the medication takes effect. She looks up from her chart but shows not one ounce of empathy. She suggests I consider hydroxyzine instead, which is basically Benadryl on steroids.

By now this conversation is giving me a panic attack. I start sweating, my foot and leg shaking goes into warp speed, and due to her condescension, I’m feeling anger coming on, which since I’m not good with anger, makes me feel like I’m going to cry, which triggers my confrontation synapsis. Which I absolutely know is not a good idea.

In the meantime, she is chatting away, suggesting I might consider going to a psychiatrist to discuss any past trauma I may have had that may have contributed to my panic attacks and that HE might think I’m a good candidate for antidepressants. (Seriously?) I want to say I’ve been to therapy and it’s not like it works overnight, but I don’t, because admitting that might make me seem unstable and therefore more prone to physiological addiction. So instead, I tell her I’m a writer and I don’t want to be on antidepressants, that I did that once and didn’t like how they made me not feel, and not feeling is not good for a writer, and why does she think daily use of antidepressants is safer than an occasional Lorazepam.

Now, she’s staring at me, her face is a study in stoicism and settled law, and my confrontational feelings are dissolving into defeatist feelings. “So, you’re not going to prescribe it,” I say, with I am sure that kind of tone you use when you are completely over and done with something and someone (at least I hope it sounded like that). “I didn’t say that,” she says. “I just wanted us to talk through it.” (That was talking through it?)

Ultimately, she writes me a script for 10 pills. I spend the rest of the day reliving the conversation and trying NOT to take one of the pills, because I need to ration them. And then, I find myself wondering if, other than a pure power play (I didn’t mention that she’s like 20, and I’m not), she put through this grueling, soul-bearing exercise for that very reason: So that I would go into over-ration mode because what if I never get another prescription again, and have the mother of panic attacks with no pills because I used them up on lesser panic attacks? Geez, I’m getting a panic attack just writing this.

Hurry Up and Wait

So, about that déjà vu feeling I mentioned before I went off on this tangent, though the entire doctor-Lorazepam experience is what started me figuring out where the feeling was coming from. And this is going to sound like a weird “aha” leap, but while I was in college, I worked summers at a golf course. Mostly, my job was working in the pro shop, teaching putting lessons (I couldn’t putt for shit, but the head pro taught me how to teach putting, which was much easier than putting), and managing Lady’s Day, which occurred every Tuesday morning at 9 a.m.

But since the golf course opened at 8 a.m., the ladies, so excited to reconnect, started arriving as soon as I unlocked the pro shop door, all full of sweet “Heys” and cheek kisses as they went about signing in, identifying their foursome match-ups, picking up a sleeve of balls or buying the latest cute new golf skirt we’d gotten in (this is not a dig – since I mostly got them for free I wore those cute golf skirts too), along with a matching pastel sun visor, and then proceeded to gather at the putting green, which was next to the first tee.

Back at the shop, I could decipher every word they said. Outside, while retrieving their checked clubs or the occasional golf cart, though most of them walked, I could decipher mostly every word. (I’ve always prided myself on my ability to listen to several conversations at once. It’s a good consensus-building talent.) But once they gathered on the putting green and started talking all at once, they sounded kind of like a bunch of kids learning to play the violin, which over the 45 minutes or so before play, built to one long, loud, elongated shriek, the kind that makes your teeth hurt.

But then as each group teed off, leaving less and less of them behind, and I could hear the birds chirping in their trees, my breathing slowed to normal and my teeth no longer hurt, and as I stood alone on the putting green, basking in the welcome sound of quiet, that’s when the head pro would always appear, shaking his head and saying, “Hurry up and wait.”

“What?” I had asked the first time he said this.

“That’s what they do. They hurry here, wait to get on the course, everything is loud and crazy, and then just like that it stops, but they’ll be back again next week. Because golf is addicting. Where else can you enjoy social time and an abundance of nature while you play a game? You look a little traumatized. Want a shot whisky? Maybe some earplugs?” He’d laughed then, and I laughed too. That’s what we do after our emotions have been stretched to a max: Laugh or cry or both.

On Writing and Getting Published

“Hurry up and wait.” That’s exactly what these last few months before publication of Scarlet in Blue have felt like. There’s all this excitement when a book first gets purchased. Then you enter the editing process, which is messy and seems to last forever, and sometimes drives you crazy, not the same kind of crazy as Lady’s Day, but arguably as challenging and uncomfortable at times, and then one day it’s over, there are no more edits.

The separation process begins. You talk to your editor less and less, which is sad, and you aren’t obsessing over the novel every waking minute, or in an almost continuous state of low anxiety—did you forget to say something on page 236, or repeat yourself on page 83?—because by now you know this book by heart. Then it’s gone. The book has teed off, and it’s all so quiet, something for which you weren’t prepared.

And you pour yourself a shot of whiskey (even though you mostly don’t drink). And you realize as you do, that this is just one novel out of hopefully many. Because writing, and the entire editing and publishing process, is amazing and addictive, and you want to do it all over again. Where else can a piece of paper and a pen become tools for dreams? And maybe you laugh or maybe you cry or both, but what you most definitely do, is start imagining the next novel.

Be Inspired Hurry Up And Wait: On Writing And Getting Published The Writer's Life Writing Habits and Practices