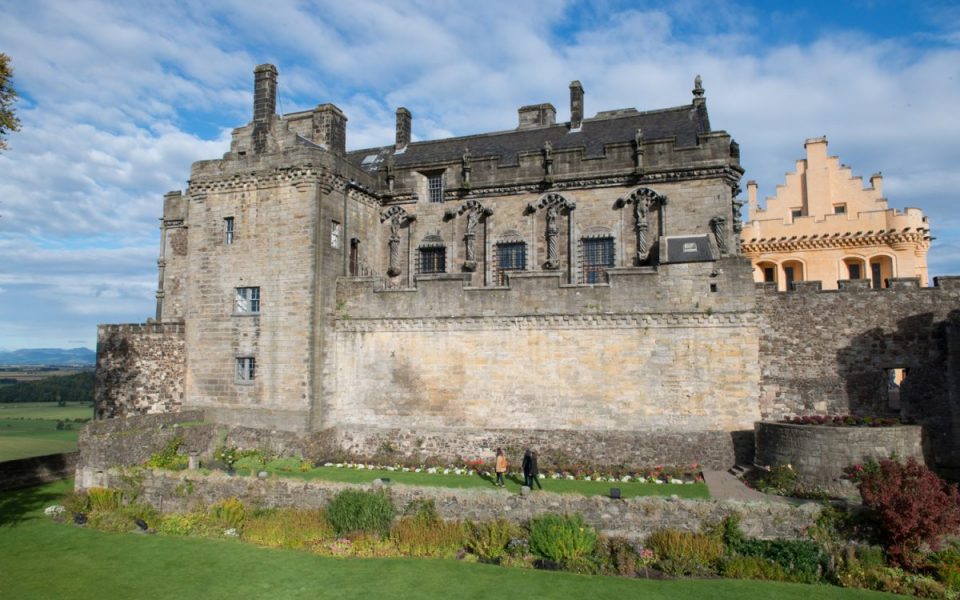 by docdna
in Culture, Events, News
Comments are off for this post.

Sometimes, you need to focus on the good stuff in life. Even when the market’s down, we can still have nice things. Really nice things, in fact.

At least that’s the perspective taken by Trevor Jones, the OG crypto artist behind the now iconic NFT artwork “Bitcoin Angel.” Jones, a traditional painter with a keen interest in the intersection of art and technology, wrote his name into NFT history with the piece when it sold for $3.2 million in February 2021, setting the record for the most expensive open-edition NFT artwork ever at the time. The sale was one of many that marked the start of 2021’s ridiculous NFT bull run. Since then, “Bitcoin Angel” has done over $7 million in secondary sales on Nifty Gateway.

Now, to celebrate the NFT and honor the community that supported that project, Jones has announced an exclusive event for “Bitcoin Angel” holders that will be held at Stirling Castle in Scotland on July 30, 2022.

The stage for the party is as regal as it gets. Set in central Scotland, Stirling Castle sits atop a mass of volcanic rock. Over the course of centuries, the castle alternated between being used as a seat of government and a royal residence, serving as the childhood home of some of Scotland’s most well-known historical figures including Mary Queen of Scots and James VI.

The party is billed as the year’s “most exclusive crypto event” and, in another example of communities utilizing location-based NFTs, will include a Special Edition Castle Party 2022 NFT available only to those who attend the gathering. More than 300 guests from 20 countries will be in attendance.

Attendees will not find themselves short on entertainment, which is reported to feature music by DJ RT, performances by the tribal drums and pipe band Clanadonia, sword-wielding warrior actors from Combat International, and more.

Speaking about the party in a press release, Jones said, “When searching the world for a venue one place felt right above all others: the beautiful Stirling Castle in the heart of Scotland. More than just a celebration, this is an opportunity to support Scotland, both by putting it on the map of the NFT world and through the charity that we have chosen to endorse.”

For the event, Jones and his team have partnered with Maggie’s Edinburgh, a charity providing free cancer support across the U.K. The team will be taking donations in ETH and fiat currency that will go directly to the charity. Additionally, Trevor will be making a one-off donation to the organization after the event.

The party is sponsored by NFT whiskey marketplace Metacask, Nova Finance, Tokenframe, Saga Cigars, and NFT consulting firm and production studio Apollo Entertainment, who will provide a uniquely-designed Satoshiverse mask to all guests.

Jones had previously worked with Metacask in 2021 to produce artwork for its 1991 Macallan 1 of 1 NFT entitled “The Angel’s Share,” the world’s first scotch cask with accompanying digital artwork.

The event will also feature a number of giveaways, which include limited edition prints, an angel T-shirt, a Bitcoin Angel branded Saga cigar, and the chance to win three original Trevor Jones paintings, one of which is an artwork created specifically for the party. Putting a strange but perhaps cathartic twist on the party is the fact that it will feature a “confessional booth” staffed by a “crypto clergyman” to listen to the crypto confessions of anyone who wishes.

The event is elaborate, indulgent, and over the top. Which might be tough to see when so many members of the community are struggling with the bear market. Still, it’s a nice reminder that NFT lovers are still out there having fun and engaging with IRL events despite all the hardships the community has faced in recent months.