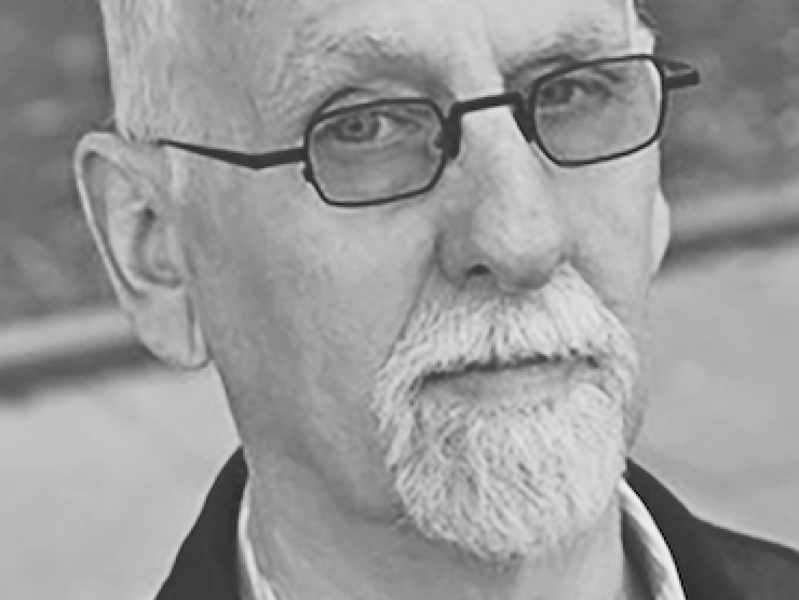 Joel Agee is a writer and translator. He has won numerous literary awards, among them the Berlin Prize of the American Academy in Berlin, the Helen and Kurt Wolff Translator’s Prize, and the ALTA National Translation Award, as well as fellowships from the Guggenheim Foundation and the National Endowment for the Arts.

His essays have appeared in Harper’s, The New Yorker, The Yale Review, and other magazines, and he is the author of two highly praised memoirs: Twelve Years: An American Boyhood in East Germany and In the House of My Fear. He lives in Brooklyn, New York. Joel Agee is the son of acclaimed writer James Agee.

In this post, Joel discusses how a picture from his past inspired his first work of fiction, The Stone World, the long journey toward publishing, and more!

Name: Joel Agee
Book title: The Stone World
Publisher: Melville House
Expected release date: February 22, 2022
Genre/category: Fiction-Biographical/Fiction-family/Coming of Age
Previous titles: Twelve Years: An American Boyhood in East Germany and In the House of My Fear
Elevator pitch for the book: In Joel Agee’s first novel The Stone World, spun from memories of his childhood in Mexico in the 1940s, a world of great depth and complexity is refracted through the unjudging yet acutely perceptive mind of a young child. Readers are invited, for full participation in the story, to place themselves at eye-level with a six-year-old child. Those who do so may enjoy the wonder of remembering their own childhood.

In 2008 I wrote an article for Harper’s Magazine that was titled “A Lie that Tells the Truth: Memoir and the art of memory.” It was a defense of the use of imagination in memoirs and personal essays. Holding a memoir to the strictures of factual reporting, I contended, was unrealistic and unduly limiting.

In the byline of that article, I wrote: “Joel Agee is working on a novel.” That was not quite true; or let’s say, it was not true yet. But the idea was on my mind. It was prompted by a photograph that was taken of me when I was six years old, lying on a stone terrace rolling a marble from one hand to the other. I remembered almost nothing of that little boy, so another memoir was out of the question.

Yet it seemed to me that through this image I could reenter that lost time and recreate it, not as memory but as the imagined truth of a well-told story. Hence the opening sentence of the book: “The boy liked to lie with his ear pressed against the cool shaded stone of the patio.”

It took four years to write the book and another 10 years before it was published. Close to 20 agents, editors, and publishers to whom I sent the manuscript turned it down. Most of them told me they admired the book; a few said that they loved it; all of them thought that the point of view of a young child would lead booksellers to mistake it for a children’s book.

I sent queries with a précis to several independent publishers. Quite a few of them didn’t answer my emails. The rest sent standard rejection letters. At that point I was tempted to give up. Both my wife and a good friend prevailed on me to keep sending it out. Fortunately, I listened to them.

The idea for the book didn’t change so much as it evolved. I never have a fixed idea of where I am headed, either in writing or in life. Unforeseen possibilities offer themselves at many turns.

One surprise, almost a shock after the many rejections, was the email letting me know that The Stone World had been accepted for publication. A second, very happy one, was when several writers I admired gave the book eloquent advance praise.

Several full-blown characters arose seemingly out of nowhere. One of them was Sándor, first violinist in a string quartet of which my protagonist’s American mother is also a member. He was a subsidiary figure at first.

Little by little, he developed traits that took me by surprise, until he came to loom as large as any of the major characters. His fate after he returns to his native country became a completely unforeseen turning point in the book.

The pleasure and the wonder of being reminded of what childhood is, from its own point of view.

Applying this story to writing may seem self-evident, but there is more to it. I have never taught writing. Here, nonetheless, is the wisdom of Master Joel:

Distrust as well the demon who wants only the best. The best can be the enemy of the good.

How then do you know when the work is done?

At some point you just know.

The sentence will tell you. The rhythm of a phrase. The logic of your argument. The wholeness of your story.

Can you ever be sure?

Of course not. If you’re lucky, the imp and the demon will reappear in the comments of agents, editors, and copy editors. They will all have something to suggest or demand, some of it helpful, some of it not. Take advice where it’s needed but stick to your guns. Don’t forget you’re the author. Then, finally, comes the blessing of publication. After that, if you’re lucky (or unlucky—it depends), there come the reviews.

At the end of the long chain, there is the reader, about and from whom you rarely hear anything.