Previous postHow to Write Compelling Personal Essays: 9 Ingredients for Spicing Up Your Writing
Are Brand Keywords Valuable For Every Audience? [Case Study] via @sejournal, @jonkaganNext post 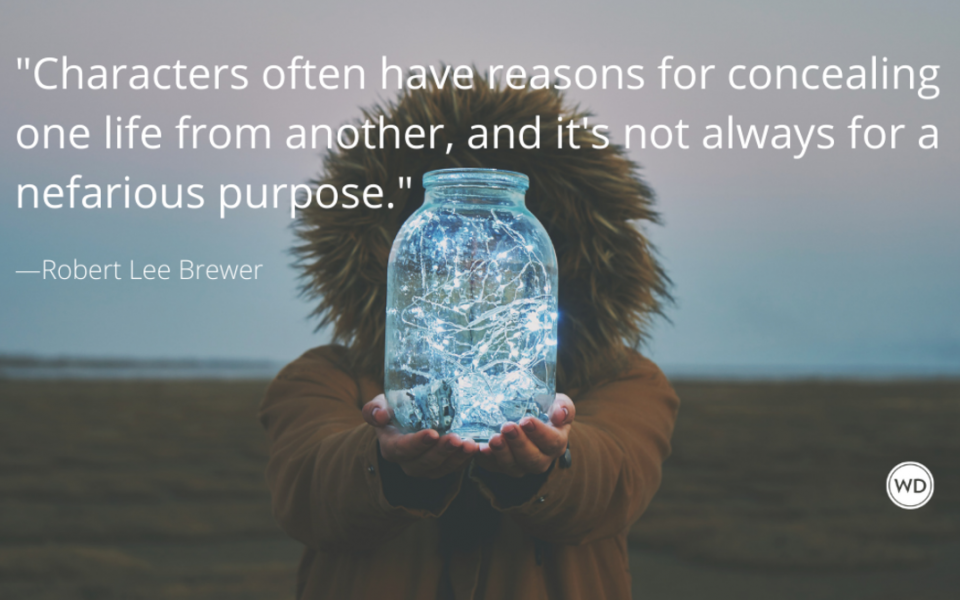 For today’s prompt, reveal a character’s second life. The second life could be one that’s hidden in their past. For instance, a very serious judge may conceal a dark secret of their past occupation as a stand-up comedian or as a stripper (perhaps to help pay for law school).

(Keeping Your Narrator’s Secrets When Writing a Series.)

Of course, the second life could also be one that the character is currently living. Maybe a person who travels a lot has more than one family or more than one relationship. Another possibility is that a person lives one life in the office but takes on a completely different persona after hours.

Comics are littered with these types of characters, who live one life in public and a completely other life in private. Often in comics, the vigilante is a good character who is balanced out by a “normal” public persona. But don’t forget characters like Iago in Othello or Dr. Jekyll and Mr. Hyde for literary examples of villains who live a double life.

The nice thing about this plot twist is that the two lives can create an extra tension on top of the normal conflict that any story has. Characters often have reasons for concealing one life from another, and it’s not always for a nefarious purpose. In fact, there are times when a character hides their other life to “protect” others.

So reveal a character’s second life and see what happens next.