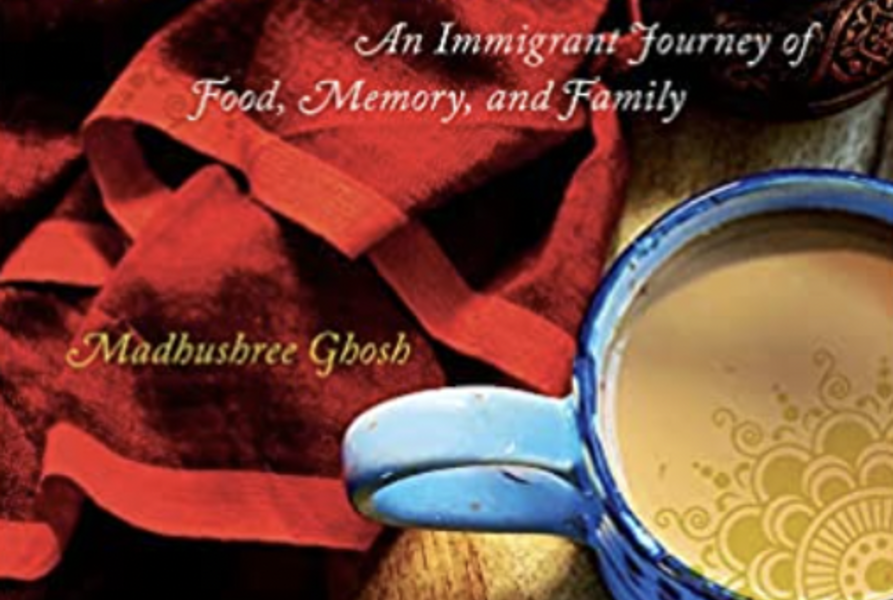 The Braided Essay: What It Is and Why I Used This Writing Structure for My Food Memoir

I’ve always been a passionate fan of the braided essay in creative nonfiction. In a braided essay, one can align three or more threads of focal ideas throughout the piece, each idea separated via space breaks, white space, or section breaks.

I’ve usually used a memory-based/childhood or an event’s narration, or my own perspective of a personal incident and highlight a more universal topic or thread in the second braid. Sometimes a third braid is a researched topic that ties the above two together. Much like the mosaic essay, the threads appear disjointed, or out of place till a third braid links the two or aligns them to collate the idea to reveal the connections.

(3 Tips for Writing a Memoir Everyone Wants to Read)

For Khabaar: An Immigrant Journey of Food, Memory and Family, a food narrative memoir, the structure extends beyond each individual essay in that the collection itself is a braided structure. Each essay has at least two braided highlights—one of my life as the daughter of refugees (from British-occupied east Bengal, now Bangladesh, into India) and as an immigrant myself in America, and the other highlighting the life of chefs, home cooks, and TV personalities, as well as small family-owned restaurant cooks. Throughout this is the focus on food and how food travels with immigrants, migrants, and indentured people. I chose to focus on South Asian cuisine because of my own story and familiarity with it.

Food as a central theme directs a conversation to memory, to a childhood, and to comfort. When a memoir or essay focuses on food, the history as well as social justice issues surrounding that one particular cuisine, dish, or style of cooking highlights how one’s people lived.

In course of writing the memoir, I have been asked why I employ the fragmented style that is the braided essay. To that I think I’d like to highlight the method of storytelling from where I come from. Viet Nguyen, as interviewed by Helen Scott for Guernica said, “The legacies of colonialism and imperialism have created privileged sectors in the West that function as feedback loops. We often only read books or watch movies that reflect our values … If, as a country, we had mechanisms in place to hear from the diverse peoples in our own country but also the rest of the world, I imagine we’d be less inclined to support these imperial endeavors.”

So, why tell it through food and why tell it fragmented? As Anthony Bourdain said, “Meals make the society, hold the fabric together in lots of ways that were charming and interesting and intoxicating to me. The perfect meal, or the best meals, occur in a context that frequently has very little to do with the food itself.” I have used food and the art and craft of cooking to tell a story of a people who have moved through continents, oceans, and mountains. People who have settled in places where their foods don’t grow. And yet they have found a way to keep the old country close to them through food. Be it the Punjabi kadhi, or a Teh Tariq tea or the very regional bunny chow.

Then how does the tracing of such foods traveling over miles work in a fragmented braided structure? Therein lies how we think in other languages that then is transcribed or translated into English. Viet Nguyen’s take in The New York Times in 2017 is apt regarding why workshops don’t work for diverse people of color. He said, “We come speaking languages other than English. We come from the margins, where English is broken … We come from communities we do not wish to renounce in the name of our individualism. We come wanting to do more than just sell our stories to white audiences. And we come with the desire not just to show, but to tell.”

Telling the story of my people obviously means I acknowledge coming from the land of mythological epic sagas, folk narratives, Amar Chitra Katha graphic comic books, and folktales involving song, dance, poetry, and a fable-like storytelling method. That too means that the story may sound convoluted, may focus on telling, but also allows for clues, and crumbs that the reader may follow in order to get the nugget of information that they set out to look for.

The neuroscience connecting narrative and memory is pretty straightforward. A story connects diverse parts that then convert into a beginning, narrative conflict, resolution, and end of that said story—this in turn, based on how each section was highlighted leads to neurons firing and therefore the brain can retain individual patterns and then, the story. Children, for example, read out loud, or listen to a parent or caregiver reading, to memorize the story, situation and yet, derive a dopamine-induced pleasure if the story is re-read and repeated multiple times. That alongside likely that children may be hugged during storytelling time, makes them associate stories to comfort which as they grow older, stays with them as a positive association.

Indian storytelling or the art of katha, is dying with modernization, access to television and online content easily available on cell phones. I’ve tried to braid stories of how tea, a leaf growing on the hills in Assam or Darjeeling became a symbol of colonial and economic power indenturing people in the region while exporting high-grade tea for western consumption. I braided that with how tea is essential in protest marches and how masala chai during the CAA protest demonstrations was a simple symbol of solidarity among the activists and the peaceful protestors. With that I talked about my own interest in masala chai and how different it is from the tea my Baba would get shipped from Makaibari tea estate—the sole tea estate that was never run by the British. Many ideas, many threads, but a common one of tea and how it has traveled with colonial rulers, with indentured people, with activists and then with me, an immigrant who has moved away from India many decades ago.

Storytelling in India, the katha style, involves convoluted story lines, a moral element, song, dance, and spicy details. I have utilized those tools of storytelling without complicating story lines and adding in the thread of memoir representing a very faulty memory, which remembers what has been repeated countless times and now is hardwired in my brain.

Reading such an essay collection should make the reader think, research more, and perhaps reach out to their South Asian friends and colleagues. I hope Khabaar starts a conversation of the three-dimensionality of South Asians, and I hope that conversation leads to us not being othered in surprising places.