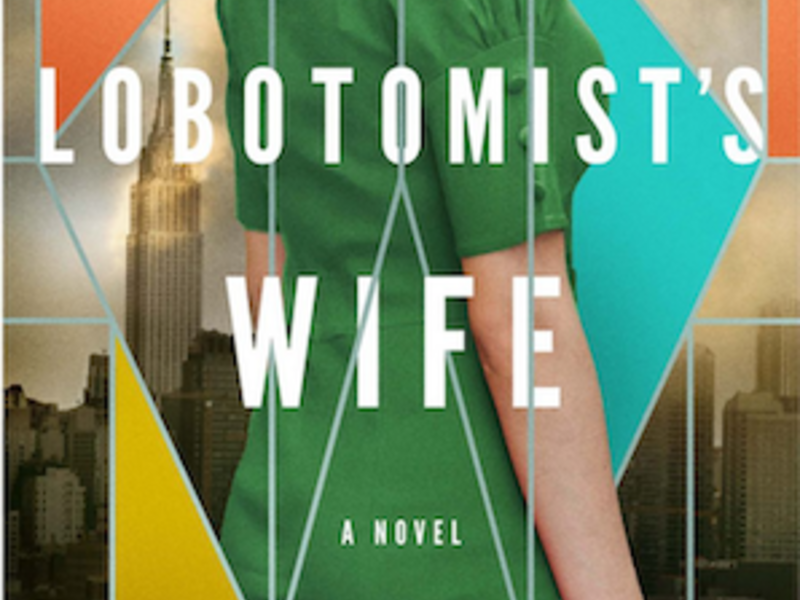 People seem to like their content with a healthy side of darkness if you go by the books that linger at the top of bestseller lists and the TV shows that consistently draw big audiences. Personally, I am way too soft for actual horror (no thank you Stephen King or Stranger Things,) but I am attracted to stories that have an undercurrent of something frightening or shocking and, possibly, just a bit evil—especially if there are real people involved. Devil In the White City, The Girls, Dr. Death.

(5 Tips for Writing a Domestic Thriller)

When I first told the concept for The Lobotomist’s Wife, my debut novel, to friends, I got one of two reactions: either they cringed as if I had just bitten down on a fork and run it slowly across my teeth, or their eyes lit up in titillated fascination. Sometimes I got a bit of both. Both was how I felt when I first learned about the real life lobotomist, Dr. Walter Freeman II; sickened, horrified, and desperate to learn more.

Apparently, it is natural to be fascinated by the things that scare us. There is a long list of reasons why people are drawn to dark topics, especially true ones, including that they are stimulating, that they teach us how to be prepared if we were in a similar situation (unlikely), and most simply, that we are inquisitive. True crime stories offer a glimpse into something outside of the realm of most people’s normal, and that is interesting to explore. I believe that’s what sparked my interest in Freeman and lobotomy: the desire to understand how someone could do something so barbaric to so many.

But I am not a horror person. How could I write about this decidedly dark topic?

Initially, it was challenging. In my first draft the book opened with a scene of Robert, my lobotomist, performing an ice pick lobotomy in his home office. Ultimately, I put that scene much later in the story, when it was necessary for the reader to gain new information about lobotomy, not simply to be shocked. And that was generally my approach. I treaded as lightly as I could on the macabre details of lobotomy, only writing about it as it pertained to the overall story arc. But a good and salacious story isn’t enough to make a book propulsive. You need characters that matter, and it was in creating my characters that I was able to find that delicate balance between darkness and light.

The Lobotomist’s Wife, as the title indicates, is not really about lobotomy as much as it is about a woman; more broadly, women and their struggle for independent identities and power in an era when they had little of either. While Robert is inspired by a real person (Walter Freeman II), my protagonist, Ruth, is fictional. She is the lens through which the reader comes to see the benefits and, ultimately, the failings of lobotomy. She is relatable, I hope, as a strong woman trying to make her place in a man’s world, as a sister coming to terms with the loss of her brother, and as a daughter eager for the approval of parents who do not appreciate her many talents and strengths. She is our way into the darkness because, in the first half of the novel, to root for Ruth is to root for lobotomy.

Margaret, the 1950s housewife and the second perspective in the book, is the character most closely aligned with the protagonist in the novel I was initially writing. From the outside looking in her life is perfect. Yet, she isn’t happy. In fact, in addition to wanting something more for herself than to be a wife and mother, she is suffering from postpartum depression, a condition that, at the time, was such an unacceptable emotional state for a woman like her that lobotomy was an attractive cure. Margaret’s journey is the more overt exploration of the drive to be happy and fit in, and how desperate we can become to feel better no matter the cost.

While the topic of lobotomy is inherently dark, I tried to write a novel about it that was really a story of hope. For me, lobotomy was the device to talk about the struggle for identity, happiness, and the powerful desire to fit in. It was the hook that would keep the reader turning pages. And what had happened in real life was so outrageous, it provided the perfect amount of drama. Sure, it was necessary to spend some time understanding the depravity and ignorance that led the mental health community to embrace lobotomy, but by relegating this to the frame, instead of the meat of the book, I was able to keep things light enough for a reader like me, who wants their little bit of creepy with a somewhat happily ever after.