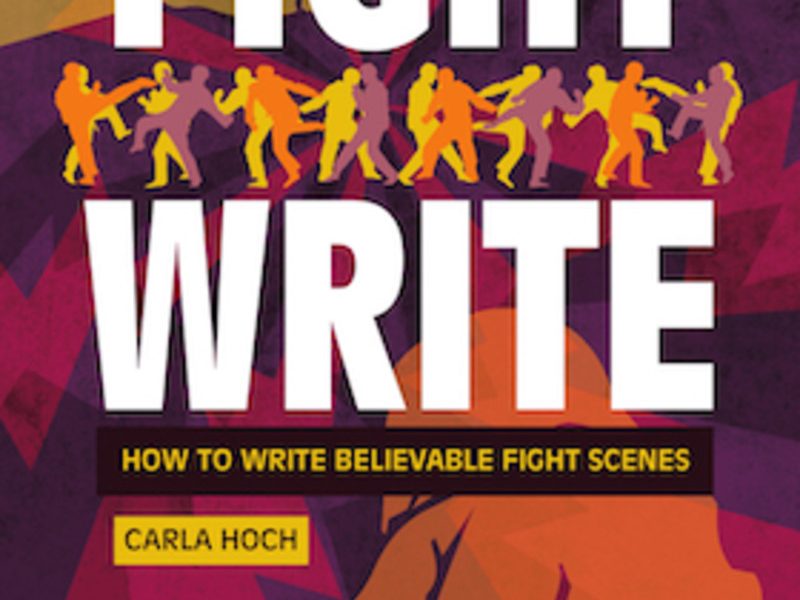 Choosing a Setting for Your Fight Scene: FightWrite™

In my last post I said that this month we would look at how to start a fight. But then the WD Blog made a special request for another subject, and I could hardly turn them down. (They gave me donuts.) So, in this installment of FightWrite on the WDB, we will be looking at where a fight takes place. Which, you wouldn’t imagine that where a fight happens would be so important, but it absolutely is. In fact, where a fight takes place is more important than who is fighting.

Think about it like this: would you rather fight a gorilla or a shark? Well, it all depends if you’re on water or land. On land, you could best a shark just by sitting and being patient. And, in the water, a gorilla is just a hairy anchor. You could win that fight just floating on my back.

(What Fights Can Do For Your Story: FightWrite™)

Where a fight takes place can change the entire battle. It can immediately impart advantage or impose disadvantage. It determines the weaponry, vehicles of war, style of fighting, and render each and every one of those ineffective. The location of a fight can make numbers irrelevant, physical strength inconsequential and training inapplicable. The site determines the fight.

The Lord of the Rings: The Two Towers gives us a great example of this very thing. The Battle of the Hornburg takes place in a valley known as Helm’s Deep. The Hornburg is a fortress in that valley. Connected to the fortress is a great wall that butts up to the White Mountains behind the keep. On top of that wall is a walkway. There is only one door that leads from the Hornburg to the valley via a descending passageway which is probably wide enough for three horses walking abreast.

Inside that keep are 3,000 soldiers of Rohan. Attacking them are some 10,000 troops of Saruman, a portion of which are extremely strong humanoids. Doesn’t seem like great odds does it? Fortunately, the keep mitigates the numbers well. Because there is only one door into the fortress, the forces of Saruman are bottlenecked. The Rohirrim defending from within only have to battle as many invaders as can get through the door at once.

To breach the great wall, the troops of Saruman could use catapults and trebuchets, but they are not present in the scene. Remember, the valley is surrounded by mountains. Although Tolkien never says it outright, it makes sense that the assailing troops do not have large vehicles of war. Such weaponry would be too difficult to get through the mountains even for strong humanoids.

In order to scale the wall, the assailing forces use ladders. This also mitigates their numbers as only one soldier can scale at the time. At the top of the ladder, the warriors of Rohan can stand on the walkway and pick off the invaders one at the time as they crest the ladder. It’s not a cake walk. The attackers on the ground are using bows and arrows. But, the Rohirrim have the upper hand.

It seems like all should be well. Despite being outnumbered, the Rohirrim have the advantage thanks to the construction of the fortress. Unfortunately, it’s that very construction that is their undoing. Remember the wall around the fortress? Well, there’s a stream that runs through it which is very useful to those in the keep. They can access water without leaving the fortress. But for the stream to run through the wall, there must be a hole in the wall. The forces of Saruman bomb that culvert and the wall comes down. The forces of Rohan are overwhelmed by the invaders.

Terrain and building construct aren’t the only ways a site can affect a fight. Where a fight takes place determines climate. Wooden rifle stocks can be affected by humidity. Arrows aren’t as precise in mountain winds. Cold can alter the viscosity in machinery lubrication. Heat can warp equipment. And, any weather condition can ruin even the best laid plans and change the course of history. In World War II, simple cloud cover spared the city of Kokura and made Nagasaki the target of the atomic bomb.

But above all, climate can affect a soldier. It can be mortally wounding at worst. But, even if it simply causes physical discomfort, that alone affects mood which can impact physical stamina and therefore the ability to use one’s skills. In The Art of War, more than half of the chapter pertaining to terrain deals with calamitous situations among the troops? Why? Because the terrain/environment in which a battle takes place has an impact on a soldier that can be more challenging than the terrain itself.

The size of an area impacts fight strategy as well. A narrow corridor does a great disservice to weapons that require room such as long swords, staffs, and nunchuks. A thickly wooded area with low branches isn’t the best for a fighter of great size. And, a clearing isn’t optimal for a small fighter who could use a buffer.

Finally, where a fight takes place in time determines the technology available. Technology determines defense. Does your character need to don armor to stay alive? Or do they simply need to turn on their computer?

Where a fight takes place is more important than who is fighting. The site determines the fight. Don’t just make a battle scene. Make the scene part of the battle. After all, location can be the decision maker and strategy breaker.

Until the next round of FightWrite on the WDB, get blood on your pages!