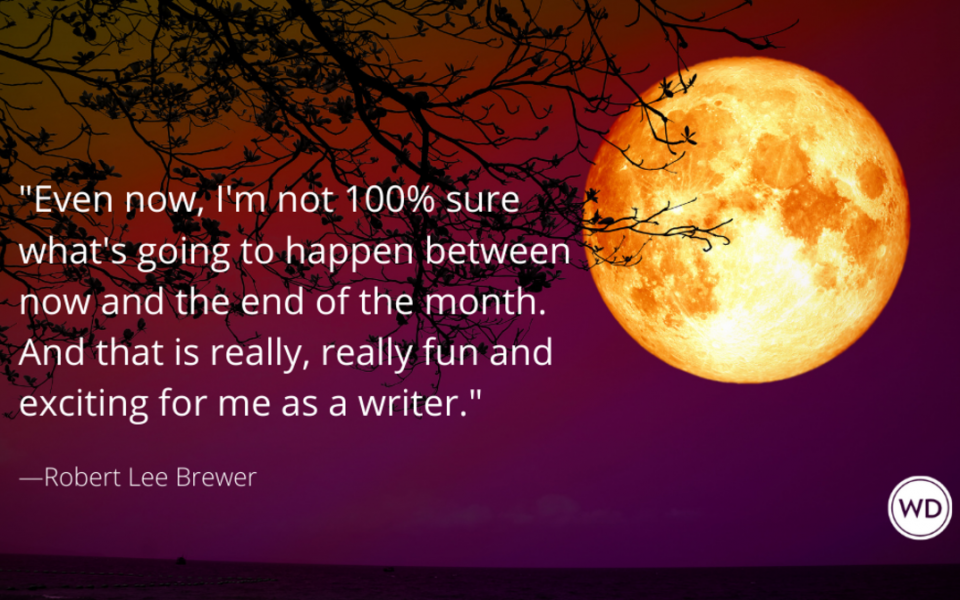 by docdna
in Be Inspired, Publications, The Writer's Life, Writing Habits and Practices, Writing Mistakes Writers Make
Comments are off for this post.

Everyone makes mistakes—even writers—but that’s OK because each mistake is a great learning opportunity. The Writer’s Digest team has witnessed many mistakes over the years, so we started this series to help identify them early in the process. Note: The mistakes in this series aren’t focused on grammar rules, though we offer help in that area as well.

Rather, we’re looking at bigger picture mistakes and mishaps, including the error of using too much exposition, hiding your pitch, or chasing trends. This week’s writing mistake writers make is tying to control everything.

But hey, I think it’s a mistake for writers to try and control everything. And by everything, I do mean EVERYTHING. Try to control the writing process, control the submission process, control the marketing, and so on. I’m not saying that being a self-sufficient writer is a bad thing; it’s actually a good thing, but there’s something to be said for leaving your options open and having at least a little room for serendipity.

Sometimes it really does make sense to relax…at least a little bit.

So I’m leading by example. This wasn’t the mistake I was planning to cover today, but it felt like the right one to underscore, because I’m following this advice myself this month as I write short shorts for Moriah Richard’s February Flash Fiction Challenge. I’ve been writing a series of connected stories, but even I don’t know what I’m going to write each day, because I’m letting Moriah’s prompt lead the way.

Of course, I started to get a general idea of where I might be headed after the first couple days, but even now, I’m not 100% sure what’s going to happen between now and the end of the month. And that is really, really fun and exciting for me as a writer. It means that I’m excited to see what tomorrow’s prompt is going to be so that I can start figuring out how to make another piece to fit the puzzle that I’ve started. (Honestly, that’s part of the appeal of being a pantser if you listen to C. Hope Clark’s plotter-pantser answer in our inaugural Writer’s Digest Presents episode.)

Originally, I thought this would only be applicable to writing, but you can apply it to every piece of the writing life. For instance, I have ideas about where I want to submit my writing, but I leave the door open to submit to places I don’t know exist. Also, I reach out to writers when they wow me with their writing, sometimes without any other agenda than to let them know I was wowed.

So yes, make plans. But be open to scrapping the plans and follow your gut into the great unknown.

Are you ready to take the next step toward a final draft of your novel? This course is for you! Join Mark Spencer in an intensive 16-week coaching session focused entirely on your novel in progress. You’ll work with Mark on your choice of up to 60,000 words of your novel or two drafts of up to 30,000 words each.