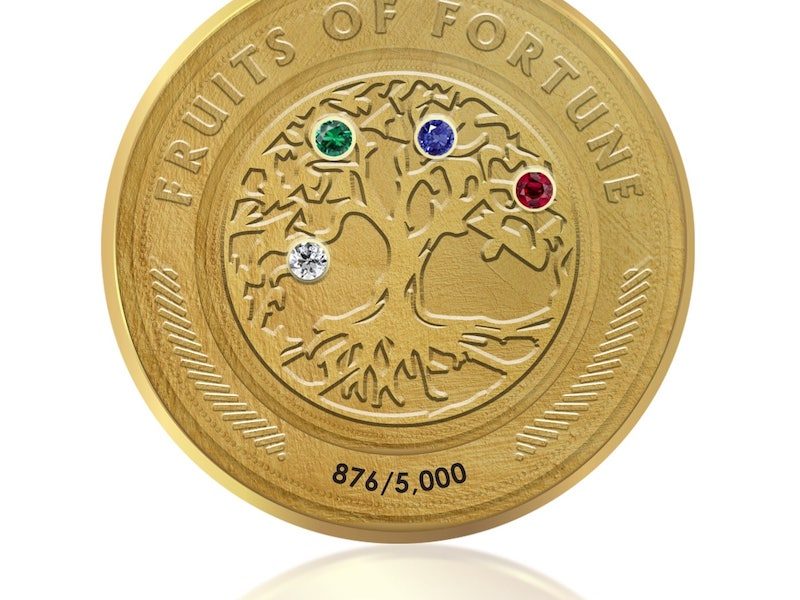 by docdna
in art, crypto, Features
Comments are off for this post.

Crypto’s most recent bear market has people in the NFT space understandably a bit on edge, to put it mildly. But, while creators, investors, and project developers wrestle with these anxieties, those outside of the Web3 world are becoming even more skeptical of all things crypto-related.

Even in the best of times, cryptocurrencies have held a reputation for being unstable. The advent of things like stablecoins — cryptocurrencies tied to an underlying asset like a national currency — have done their part in bringing some stability to some tokens some of the time, but the issue remains.

One of the more intriguing attempts to bring durability and investor confidence to the world of crypto and NFTs comes from the award-winning fine jewelry house Yvel.

A maker of fine jewelry may seem like an unlikely entity to break into the Web3 space, but the company believes it’s perfectly situated to introduce new geography to the crypto and NFT terrain. On June 13, 2022, the fine jewelry house launched INFS (independent, non-fungible securities), the name of both the company’s NFT-like asset and its new securities trading platform.

These securities are essentially non-fungible financial products, a kind of NFT backed by guarantees in the form of $10,000 24-karat gold coins adorned with diamonds and other precious stones that provide a level of stability, even in times of volatility. A total of 2,500 coins were issued to accredited investors during the platform’s pre-sale launch in early June, with each coin being unique in its arrangement of precious stones.

Buying in early means INFS investors will receive 25 percent of the system’s profits, 20 percent of those in annual profits, and 5 percent reserved for coin consolidation maneuvers that can aid in growing the original investment. The companies involved in doing business on the INFS platform, along with their customers, can trade the INFS to other buyers or redeem the coin for $10,000 worth of Yvel jewelry.

The gold coin functions as an initial model of how the INFS system works, representing a guarantee backing up financial products on the platform. But that layer of material protection behind the non-fungible securities is customizable, meaning any investor or company using the INFS platform can tailor those guarantees how they see fit. In adding new financial products to the platform, guarantees might come in the form of in-real-life experiences, subscriptions, products, or even profit-sharing.

One of the compelling aspects of Yvel’s endeavor is that it fully leans into the securities business, something that basically every other NFT project out there avoids like the plague lest they incur an investigation by the IRS or the SEC. That’s why the company decided from the outset to label its products as securities, accepting all the legal responsibilities that come along with that.

What’s more is that the INFS platform doesn’t exactly fit under the umbrella of an NFT project, according to Eliaz Gabay, CEO of Yvel and INFS. “We never considered this project expressly as an NFT project, but rather a new application of blockchain technology in regard to securities,” Gabay explained in an email exchange with nft now.

With an entry investment of $10,000, Yvel is aiming to appeal to a luxury demographic, which aligns with the company’s brand as a high-end jeweler. And the beginning of the project’s genesis phase has so far been a success, according to Gabay, with the company receiving “massive interest” only two weeks post-launch.

Gabay believes that the future of NFTs lies in their connection to the real world, especially for people who aren’t interested in them for their collectability. For such a demographic, NFT projects can come across as a game of speculation, which makes their economic viability difficult to see. Tying them to physical assets, he says, will move them further in from the fringe.

“Using NFTs to create unique financial tools connected to real-world assets will take them further into the mainstream. The opportunity to invest in a financial product which has a personalized risk-reward ratio and provides the freedom to decide independently to use or realize the investment will resonate with ‘regular’ investors who aren’t collection-focused,” he explains. “I’m sure that NFTs tied to actual assets will help them escape the perception of being a niche product, and make them much more appealing to the general public.”

The INFS project does feel like a middle-ground for people who want to make the jump to Web3 but fear its volatility. For Gabay, far from being a shaky time to build in the Web3 space, the bear market is the absolute perfect time to demonstrate the platform’s utility to provide an alternative to the all-or-nothing thinking that surrounds so much of the crypto world’s transactions.

“Investors’ main concern around blockchain investments is the fear that if something goes wrong, they’ll likely lose all of their investments,” elaborates Gabay. “There’s a real lack of stability in this market, and we’re mitigating that by providing real-world assets that are linked to the blockchain. This gives investors the freedom to choose the asset that is the right fit for their risk-ratio preference. In the current bear situation, it goes without saying why backing up blockchain investments with real-world assets is so important.”

It’s a compelling case. It’s also a perspective and a project that adds yet another dimension to the ever-expanding world of blockchain use-cases in Web3.