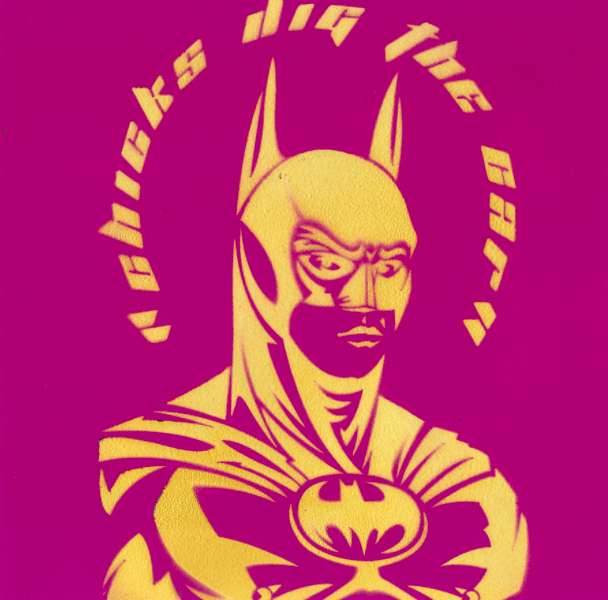 by docdna
in art
Comments are off for this post.

One of the worst things you can do to an artist is to take away their ability to practice their craft and share their talents with the world. Imagine a painter who suddenly loses their sight or a musician who loses their ability to hear. Humans are adaptable though, and many find ways to thrive and still share their talents despite these massive challenges. This was exactly what actor Val Kilmer did after losing his voice in 2014.

Years after playing iconic roles like Batman, Jim Morrison, and even Moses, the 62-year-old actor is fighting to keep his ability to express himself as an artist alive.

A procedure meant to save his life from throat cancer ravaged his vocal cords in the process, changing his voice drastically. Today, Kilmer is cancer-free and in recovery. To speak though, he must plug a hole in his throat due to his tracheotomy.

Despite losing one of his most important tools as an actor, Kilmer’s creative spirit continues to burn bright. Today, he’s turning to Web3 to continue his work making safe spaces for artists to create and collaborate.

After losing his voice, Kilmer pivoted his creative focus from acting to art. An artist since his youth, Kilmer’s work post-surgery carried the same bold, vibrant energy his most iconic performances were known for.  Word quickly spread around Hollywood of the actor’s art, which included stylized prints of Jim Morrison, Mark Twain, and Iceman from Top Gun.

This early buzz encouraged Kilmer to establish a studio in the area. Kilmer opened HelMel Studios to serve as a safe space for artists of every medium to express themselves and share their work.

Kilmer became interested in NFTs and the metaverse as they both rose in popularity throughout 2021. He recognized NFTs as a new way to express himself, and expand the reach of his art.

Further, Kilmer saw these avenues as an opportunity to expand the creative-first spaces he was building in the real world. This is where the idea for Kamp Kilmer began – a virtual space unbound by the conventional rules of space and time. In this digital locale, artists of any medium from all over the world could freely meet, collaborate, and share.

With the foundation of Kamp Kilmer, the actor went on record to say that these new technologies allowed him “to create an enclave where [he could] continue to connect and collaborate with the bohemians and pirates, poets, academics, filmmakers, and actors that have made [his] life so rich.”

These collaborative ideals would prove to be a great point of influence for the actor’s first NFT collection. Instead of offering buyers a one-time transaction, what if he could give them an opportunity to take part in a living, breathing ecosystem?

The spirit of collaboration

Word quickly spread in the Web3 community of Kilmer’s intentions of entering the space, much like how his post-surgery works garnered attention in Hollywood. It wasn’t long before Galaxis offered to partner up with the renowned actor for an NFT launch.

Galaxis, known for how effectively they’re able to marry real-world use to digital spaces, approached Kilmer with the intention of bringing one of his most notable exhibitions online: his God Panel Collection.

Kilmer’s original exhibit featured the word ‘God’ written on a series of panels, encouraging viewers to reflect on their own relationship with the word. His collaboration with Galaxis hopes to take this concept even further.

With the launch of the God Panels NFT Collection, each buyer will have the chance to own a piece of a collection that will evolve over time as a selected panel of artists add their interpretations of the word into the collection.

Minting the initial run of the collection will be powered by Chainlink VRF to ensure each minter will be able to receive a certifiably authentic, and truly random piece. This is all part of Kilmer’s vision for the project: a constantly evolving, ‘living’ piece of art.

Down the line, buyers themselves will be able to merge pieces from the collection to create their own unique works. Galaxis founder and CEO Andras Kristof is particularly excited about Kamp Kilmer’s pilot launch, stating, “With support from Chainlink VRF, users can generate provably rare NFTs and then continuously add utility to them over time.”