Previous postAzuki Creator in Hot Water Amidst Rug Pull Allegations: Here Are the Facts
It will be a Free p2e Game Within the NFT Worlds Ecosystem that is Built upon the Minecraft Platform — Creator's InterviewNext post 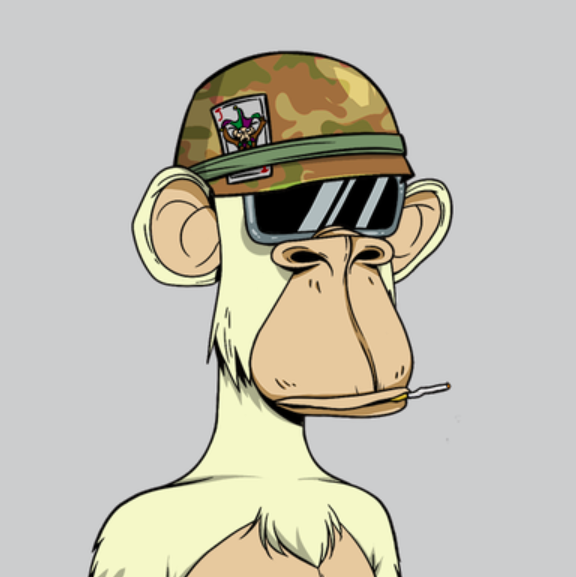 In an unprecedented bull market where 65 percent of all secondary sales deliver a profit, it’s a good time to be a flipper. Hop into any Discord and you’ll hear stories of over 1,000 percent gains overnight. Even famous NFT owners are getting in on it; Steve Aoki, for example, flipped his CryptoPunk #6473 in one month for a 235 ETH profit (over $900,000 USD at the time).

Consider these stats from The Chainalysis 2021 NFT Report:

Love it or hate it, flipping is a large part of the NFT industry. But even when the money’s flowing, it’s not all net positive. Flipping NFTs is demanding and time-intensive. It takes hours of market research, education, and relationship building. In a quest to stack as much Ethereum as possible, many have experienced declining mental health and burnout. Others have made rash, emotion-fueled, life-altering decisions like FOMO-driven investing and leaving stable jobs too soon. Money can be lost as quickly as it can be made, and as the bull market inevitably fades, the “hit rate” (the percentage of profitable trades) will take a substantial blow.

We spoke to a group of successful NFT traders to learn more about the highs and lows of their flipping careers.

Note: Interviews have been edited for length and clarity.

“In February 2021, I began my NFT journey with around 5 ETH. I went full degen from there. Like many in the space, I’ve had massive wins and I’ve had massive losses. Thankfully my wins have outweighed my losses, and airdrops have also been very friendly to me this year. I’d say overall my entire NFT portfolio is up 10-12x.

I was lucky enough to get into many popular projects early: I minted a [Mutant Ape] and was early into World of Women, Deadfellaz, Danny Cole’s Creature World, and Gutter Cats which were all good flips. Some of what I flipped I would have been better off holding, but it’s tough to get upset when you profit and hindsight is 20/20.

My worst flip of all time is buying an M1 Mutant Ape serum at the top (at the time) for about 10.75 ETH.  I held it and the price dropped to about 4 ETH. At the same time, a project called Dapper Dinos was very hyped. I decided to take the loss on the serum and use the funds to buy a bunch of Dapper Dinos, which if you look at both floor prices, did not age very well at all. It still stings to this day.

Even with the financial upside. NFTs have definitely taken a toll on my mental health and day-to-day life. I’m fully addicted to Twitter and between various group chats on Twitter, WhatsApp, Telegram, and Discord my phone is constantly buzzing. I’m actively trying to live more in the moment when hanging out with IRL friends because right now, I find myself staring at my phone and paying more attention to what’s going on with NFTs.

I used to make working out a huge priority in my life, running and lifting five to six days a week. NFTs have now filled that spot. I find myself pushing off the gym to scroll through OpenSea and Twitter which is obviously not a great thing. Even when I make it to the gym I find myself distracted. Missing even two minutes in NFTs is like missing two weeks in the real world!

My biggest piece of advice is to only invest what you’re willing to lose. I’m personally all in, but that comes with a lot of conviction for the space. I’d also recommend deciding what type of investor you are before you enter a project. If you’re aiming for a quick flip, ALWAYS take profit pre-reveal. It’s easy to want to gamble on hitting a big mint, but the floor is most liquid when flipping pre-reveal. Everything drops post-reveal. Let the dust settle and then start sweeping at low prices with the profits from the pre-reveal. If you’re in a project for the long-term HODL, price is irrelevant.”

“My trading journey started with Topshot in December 2020. I was intrigued by the idea of digital ownership, so over the next few months, I started to really dive in and learn about the market. I began with around 1 ETH and bought a few projects like The CryptoPoops, which for the most part went to zero. I spent hundreds on gas and had little clue about what I was doing — this was my ‘tuition.’

I bought two Bored Apes a few days after they had sold out in May 2021. I later flipped one of them for 18.5 ETH, which in retrospect may have been a bad decision, but that’s what got me going. Over the next year, I continued to research, learn, and buy things I liked, and through a mix of flipping and HODLing, built a sizable portfolio. To date, my portfolio is doing quite well, and I still own a handful of top projects.

Even so, I’ve had some bad trades which definitely hurt, and the time I spent trading also took a toll. Around September 2021, I got super burned out. The constant FOMO and the idea of being online 24/7 weren’t appealing to me anymore, so I decided to take a step back and refocus.

There’s this constant feeling in the space that there’s always money to be made — you need to accept that you may not catch everything. I always try to contain my emotions and avoid wasting time on social media, where your thoughts can easily be swayed by the general public’s sentiment and the grass may always seem greener. At the end of the day, we’re all lucky to be here and be a part of something like this.”

“I started trading in August 2021 with around .5 ETH, bought a random project that was being shilled on Twitter, and immediately lost .3 ETH. I then reinvested a bit and traded up to 2 ETH where I bought another scam project. Lost nearly an ETH there which crushed me.

After a few months of smaller quick flips adding up, I minted 10 Mutant Cats which ran to 2+ ETH which gave me a good amount of liquidity. Then the bear market hit and I tried forcing a lot of plays. I lost an ETH every day for a week. Then my luck struck.

I minted a rare Gold Can Budweiser, Neo Tokyo S2 Identity, and a Reptile CloneX all within a few days. Within a week, I’d flipped those alone for over 35 ETH and ended that weekend at 60 ETH.

Once you have liquid ETH, it’s easy to get going. My best flip was buying a rare undead CloneX for 25 ETH, a rare reptile for 20 ETH, holding for two weeks, and selling both in a package deal for 100 ETH — a 55 ETH gain. Meanwhile, my biggest loss (unrealized) was buying a legendary Karafuru for 18.18 ETH. Now, the current floor is 9 ETH and tremendously illiquid — a 10 ETH loss.

Being a short-term trader, there are also flips that I would have been much better off holding. I minted nine Azukis and sold them for a profit of 35 ETH. A few months later each one had a floor of 35 ETH. Add in 18 BEANZ from the airdrop and that’s a 400 ETH fumble.

Mentally, it is incredibly difficult to deal with both winning and losing on this scale. Timing the highs and lows is impossible and being on top of all upcoming mints and market prices is draining. Still, this is the best job I’ve ever had and one of the most fun games I’ve played.

The biggest thing I’ve learned is to watch the moves of other traders that are better than you, always do your own research, and never give up. Remember, bull markets don’t last forever.”

“I’m most known for my Cool Cat #500, the upside-down Cat. I bought it for 5 ETH when Cats were $40 apiece. I rode that to the financial top, where I was getting seven-figure offers from celebrities like Mike Tyson. I never sold it because it’s a core piece of my digital identity.

[During] the first week of Cool Cats, Bored Apes also weren’t worth much. Someone offered me 11 rare apes for my one Cool Cat. Once the apes ran up to $400,000 apiece, I was down multi-millions on unrealized gains. It was very tough. I often reference Zeneca’s theory of infinite regret. It’s fascinating and horrifying at the same time. My mantra now is ‘I will not let today’s regrets keep me from tomorrow’s opportunities.’

Some people are really good flippers, while others are better at occupying different roles in the space. Ask yourself if that’s really what you want to do and if it is, be ready for the emotional highs and lows. Flipping takes a certain mentality that isn’t for everybody. If you don’t care much for it, don’t do it because you think it’s what you should do. Pick an area of work that suits you and where you think you’re bringing the most value to yourself.”