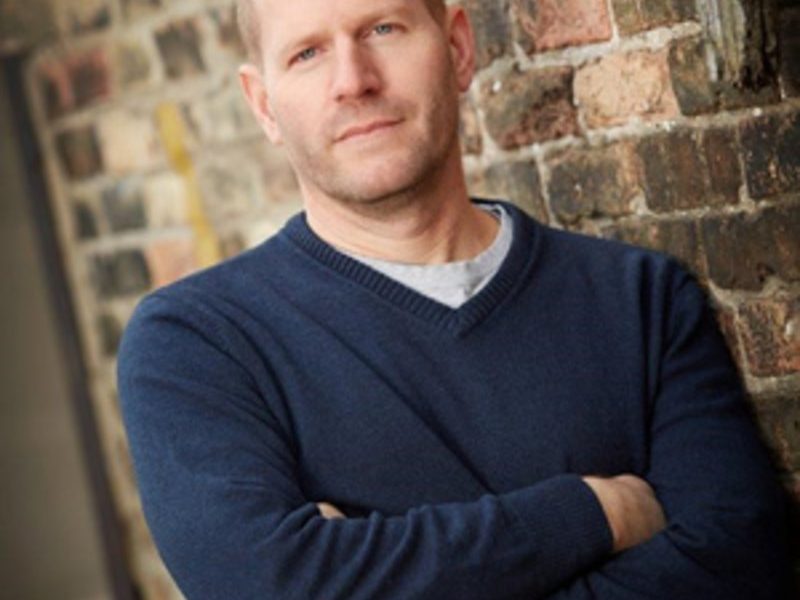 Nick Petrie: On Following the Most Compelling Story

Nick Petrie is the author of seven novels in the Peter Ash series, most recently The Runaway. His debut, The Drifter, won both the ITW Thriller award and the Barry Award for Best First Novel, and was a finalist for the Edgar and the Hammett Awards. A husband and father, he lives in the Milwaukee area. Follow him on Twitter, Facebook, and Instagram.

In this post, Nick discusses how he listened to the story that wanted to be told in his new Peter Ash triller novel, The Runaway, what he hopes readers get out of the experience, and more!

Name: Nick Petrie
Literary agent: Barbara Poelle
Book title: The Runaway
Publisher: Putnam
Release date: January 18, 2022
Genre/category: Thriller
Previous titles: The Drifter, Burning Bright, Light It Up, Tear It Down, The Wild One, The Breaker
Elevator pitch for the book: Combat veteran Peter Ash helps Helene, a young pregnant woman, escape her violent and controlling husband on the Great Plains. This is the seventh in an award-winning crime series with a strong focus on character and setting.

Each new book is, to some extent, a reaction to the previous ones—I’m always trying to stretch myself and expand the range of possibilities for the Peter Ash series. My last novel, The Breaker, was a city book about advanced technology, so for The Runaway, I wanted to tell a more intimate story in a dramatic and remote setting. I ended up writing about sex, obsession, and murder in rural Nebraska.

I started thinking about this book about 18 months before publication. I’ve written a book each year since 2014, so the process happens fairly quickly, although it never seems that way at the time. I always compare myself to my more productive writer friends, which is not exactly helpful.

I don’t work from an outline, so the idea always evolves significantly during the course of writing. Much of the process of writing, for me, seems to involve discovering what I’m actually writing about—not the story per se, although that’s always evolving, but more about the internal struggles of the characters and how the setting informs the rest of the book. When I get stuck, which is often, I tend to go back and look for wrong turns I might have made along the way, either with character or story choices.

With each of my books, I’ve gotten so stuck that I’ve gone all the way back to the beginning multiple times. I’ve found that this helps me see what the book is really about, and also allows me to discover any subconscious clues I’ve left behind, which informs choices going forward. It’s a very intuitive process, and also feels incredibly inefficient, but for me, the discovery is what makes writing so interesting and rewarding. Also frustrating, but I knew that when I got into this racket.

When starting The Runaway, I began writing in the voice of a young woman working at a rural gas station. Her name was Helene, and her voice, at once strong and vulnerable, was really compelling to me, and her problems were both open-ended and specific. I wasn’t sure where she came from, but I wanted to write a whole book about her. Unfortunately, I couldn’t quite figure out how she would fit into this crime series that has always been primarily from the POV of the protagonist, Peter Ash.

So I set Helene aside and wrote a new beginning for a different book entirely. But it wasn’t very good. I tried two more times, and each version was worse than the last. It turned out that I was thinking way too much about what “a Peter Ash novel” should be—what my readers and publisher might want—rather than trusting myself to follow the most compelling story. When I finally figured that out and went back to Helene, the book took on a life of its own. In the writing, Helene’s role kept getting larger and larger until she became a true co-protagonist. It was a great lesson in paying attention to the spark on the page rather than my own preconceived notions and expectations.

Because each book in the series is so different from the others—each novel takes on a different social issue and is set in a new and different place, and there are only three recurring series characters, so the cast also changes dramatically—I always worry about how my publisher will receive a draft.

I was especially worried about The Runaway, because Helene’s POV was so prominent, which was pushing the boundaries of the series. Also, I’m a middle-aged man writing in the voice of a 19-year-old woman, and I really wanted to make sure she felt authentic and real.

My wife is always my earliest reader, and she really liked Helene, so I knew I was on the right track. But still, I worried. My agent and editor are both women, and when they responded with great enthusiasm, that gave me further confidence that I’d pulled it off.

Personally, I read fiction to both feel and think. I want to be entertained with a fast and fun story, I want to learn something new or see something familiar in a new way, and last but not least, I want to experience the world from inside someone else’s skin. As a reader, many of my favorite fictional characters have become like old friends, even the characters who do bad things. In fact, those characters are often among my favorites.

So that’s what I hope readers will get from my work, too—that they fall in love with the characters, ride the roller coaster of the story, and get a new perspective on lives different from their own—and ideally losing a few hours’ sleep because they can’t put the book down.

Read, read, read. Find your own canon, those authors whose work you love but you think stands well above your own, then re-read the books that really knock your socks off.

If you really want to learn how fiction works, pick a great book and outline it. This should include emotional beats as well as details like changes in POV and the length of scenes and chapters. I’ve learned so much from this process that I still do it every year.