Previous postWhat Is An Email CTR? How to Calculate and Improve It
Karen Hamilton: On Cause and EffectNext post 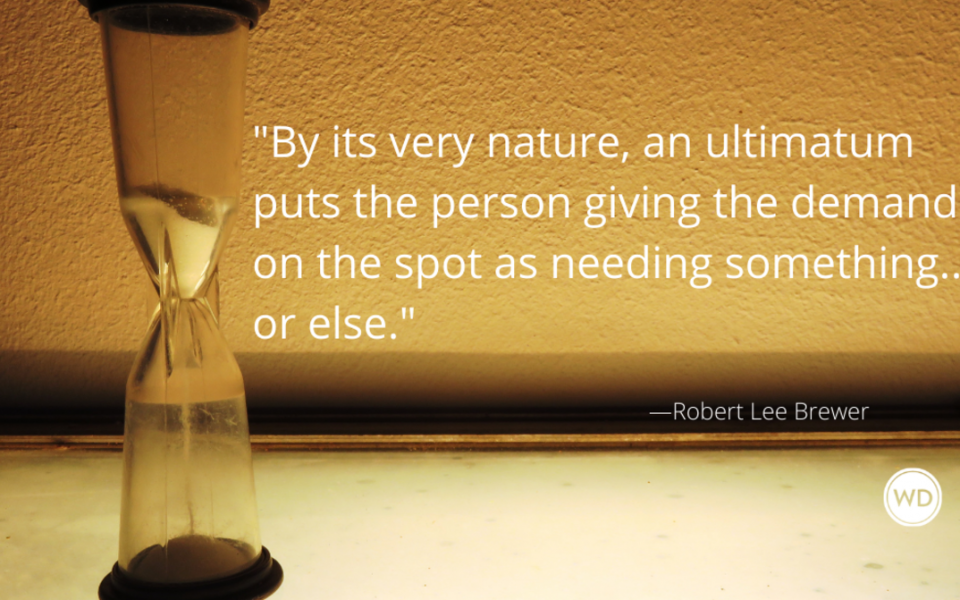 For today’s prompt, have a character give or face an ultimatum. The nice thing about an ultimatum is that it automatically creates tension for multiple characters (and the entire story as a result). By its very nature, an ultimatum puts the person giving the demand on the spot as needing something…or else. So let’s start there.

(6 Secrets to Creating and Sustaining Suspense.)

The character giving the ultimatum has probably been building up to this point. Maybe they’ve been covering for another character’s substance abuse problem while trying to get them help. They’ve been patient, but one transgression too many (or with very high stakes) has pushed the character to the point at which they say, “You need to quit doing X, or I’m done helping you out.” The person giving the ultimatum probably still wants success for the person receiving it, but they’ve been burned before.

Meanwhile, the character receiving the ultimatum has to decide whether they care or not. They’ve probably been doing something a certain way for a reason, whether that reason’s a good or bad one. Going back to substance abuse, maybe that’s their coping mechanism. Or maybe they perform dangerous tricks to make money to provide for their family. Or there’s some other reason for their behavior that makes sense in their mind.

So have a character give an ultimatum and see what happens next.