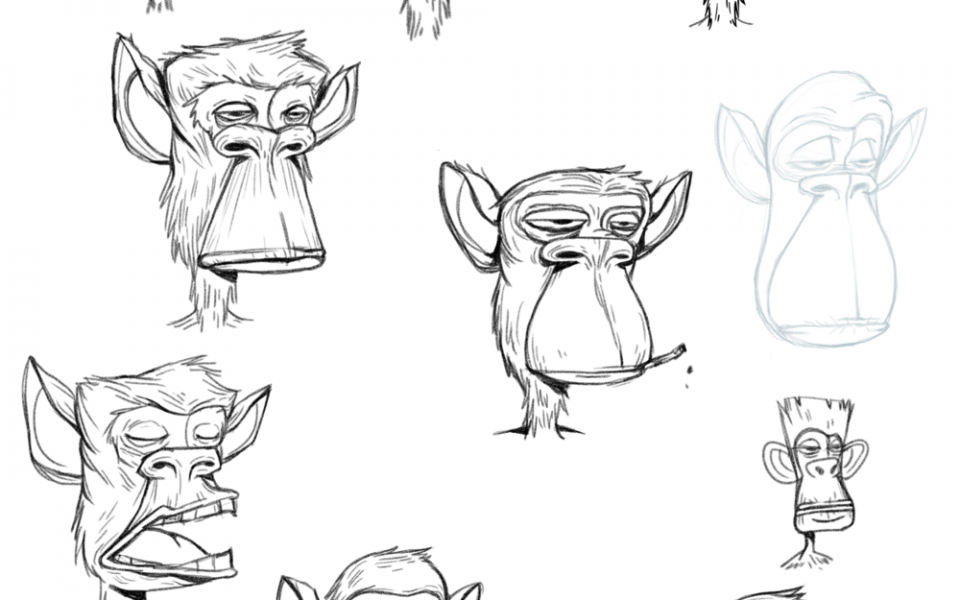 The Art World Has a Problem. But NFTs May Offer ‘a Real Solution’

by docdna
in art, Culture, Features
Comments are off for this post.

NFTs are bringing new possibilities and opportunities to artists in ways the traditional art world has never offered.

With the advent of the technology, a new art ecosystem formed, free of many structures artists typically navigate just to reach an audience, let alone succeed. In crucial ways, the blockchain leveled the playing field, and suddenly anyone could take part in the new creator economy.

NFT projects built from the ground up on Discord and other social media channels brought together like-minded individuals and fostered exciting new possibilities for distributing the digital artwork these communities love and the flow of capital that came with it. Digital illustrators and artists whose art proliferated across the internet in the last decade finally found a way to be recognized and adequately compensated for their work. The era of Web3, it seemed, would herald a new and more equitable future for all.

But the development of the crypto art space hasn’t only been a story of success and equity. The new creator economy has emerged out of the context that came before it. No wonder, then, that some of the same problems of artist disenfranchisement, media optics, and financial obsessions have carried over to the NFT space of today.

Probably the most notable example of these dynamics occurred when All Seeing Seneca, the lead artist behind Bored Ape Yacht Club, randomly discovered one day that NFTs from the project she helped build started selling for millions at a time. The fact that Seneca never saw proper remuneration from a project that is now worth billions indicates that the decentralization and equity that projects like BAYC and others talk about is maybe less a priority in the space than it should be.

But proper compensation to artists for their work is just one aspect of the NFT space to analyze when comparing it with the traditional or contemporary art world.

Looking honestly at both the good and the bad of the Web3 art space is crucial to its sustained future. So, where do things stand? What remnants of the traditional art world do artists still have to manage in Web3, and what has the space happily left behind?

The evolution of the art world

Numerous creators and collectors in the NFT space got their start in contemporary art. Such figures, like Artwrld founders Nato Thompson and Josh Goldblum, have had a front-row seat to the blockchain-based revolution.

Thompson, an author, curator, and self-described cultural infrastructure builder, has worked as the Artistic Director at Philadelphia Contemporary, Creative Time, and MASS MoCA. Goldblum is the founding principal for Bluecadet, the Emmy-award-winning digital agency that builds websites, mobile apps, and interactive installations. Together, and alongside Lebanese artist Walid Raad, they created the Artwrld platform for contemporary artists to find a home in Web3 and NFTs.

“The major media outlets follow big money and big controversy in NFTs,” Thompson explained in an interview with nft now. “That has been the case in the art world, [and it] has always been to its detriment. There are 770,000 makers in the NFT space — and everyone mentions Bored Ape Yacht Club. The nature of media continues to be exactly the same.”

Despite this, Thompson notes that many structures of hierarchy and influence in the art ecosystem are likely to change completely. The analog art world, he says, is extraordinarily static, and forces people to navigate power structures that are difficult to enter. Web3 and NFTs represent a pushback from that paradigm.

“I think there’s some real opportunity in terms of participation between the artists and their communities when it’s not mediated by the galleries, the museums, or by Facebook,” Goldblum added in an interview with nft now.

One of the best things about the NFT space, Goldblum and Thompson said, is that everything is largely still in flux. This contrasts with the traditional art world, where structures are solidified and gatekeepers reign supreme. The two hope things stay fluid for some time, as this atmosphere allows for more possibilities and greater freedom for everyone overall.

“The time when things are not clear is the most exciting time,” Thompson elaborated. “The world to come digitally is being shaped now. Those camps are being shaped now. And they’re made by people, not just systems. I think good movements are started by utopianism. But for some of us older folks, we can’t help but remember Web2 and what came of that.”

To Thompson, Web3 is a fantastic opportunity to create structures built upon values of diversity and equity, especially in a context where artists and communities can be “truly trans-global,” he said. “These things are profound in a way that’s never happened in the history of the avant-garde.”

Artists and institutions opening up to Web3

But it’s precisely the kind of transitory and amorphous space that Thompson affectionately refers to that keeps many contemporary artists from making the Web3 leap, according to Ronnie K. Pirovino, a well-known collector and curator in both the traditional and crypto art space. The promise that the NFT space holds, he maintains, has yet to be realized.

“I think that promise is largely unfulfilled because there is still a great number of artists from the contemporary art space who really need to figure out how they fit into this new space and how they can contribute to it,” explained Pirovino in an interview with nft now. “Not treat it like it’s something that they shouldn’t go anywhere near because they don’t understand it, or they feel it’s past their time.”

Pirovino, who curated Christie’s first ever on-chain NFT auction, says that a more fully-realized vision of the NFT ecosystem will develop only when non-Web3 native artists make the jump. “When we see a greater number of artists from the contemporary art space extend their practice into this new area, then we will start to experience the fulfillment of the promise [of NFTs],” he explained.

Ironically, the current bear market could help artists start to experiment with NFTs, says Pirovino, since the stakes are simply lower. If contemporary artists see the risk factor as more aligned with the creative than the financial, they’ll be able to explore crypto art more confidently.

“This space doesn’t necessarily need to be indelibly linked to money,” Pirovino said, encouragingly. He also believes the issue of projects or institutions taking advantage of artists might have a real solution.

“It is a concern. It is definitely a concern,” Pirovino acknowledged, about exploitative practices that can happen. “However, I think that people are getting much more sophisticated about all of the dimensions that surround the space that I think this is becoming less of an issue. There are so many educational resources you can find to educate yourself. Like Twitter spaces, where you could pretty much sit all day long and listen to what’s going on. And even if you’ve never heard anything about NFTs, by the end of it, you’ll probably know a fair amount of what’s happening in the space.”

When asked whether he thinks most people in the NFT space are more interested in forming long-term art collections or simply being a part of a community and making money, he remains optimistic.

“You definitely see very passionate collectors in this space who are focused on particular individuals,” Pirovino elaborated. “FVCKRENDER has quite a loyal fan base, for example. I’m starting to see very prominent collectors like 33nft, Pranksy, 888, and GMoney, who are increasingly doing what they can to collect the very best work out there. They’ve taken it upon themselves to be definitive collectors in the space. That’s definitely a parallel with the contemporary art space. The same passion is there.”

But the biggest hurdle for contemporary artists and collectors to experiment with NFTs, Pirovino says, is the technical layer involved in engaging with them. The Web3 community, he believes, needs to take a more proactive stance in onboarding people to blockchain-based tech and simplifying the process for them.

“At this moment, you’re at risk,” Pirovino said. “If you click on the wrong thing, if you act too quickly on something — this is anxiety-inducing. And for an older individual who is extremely interested in all this, it is absolutely preventing them from entering the space.”

The critical question the NFT community needs to ponder, Pirovino says, is simple: How easy does something need to be for the mainstream to adopt it?

The post The Art World Has a Problem. But NFTs May Offer ‘a Real Solution’ appeared first on nft now.