Previous post14 Must-Know Tips For Crawling Millions Of Webpages via @sejournal, @martinibuster
The Ultimate Guide to Azuki NFTs: Everything You Need to KnowNext post 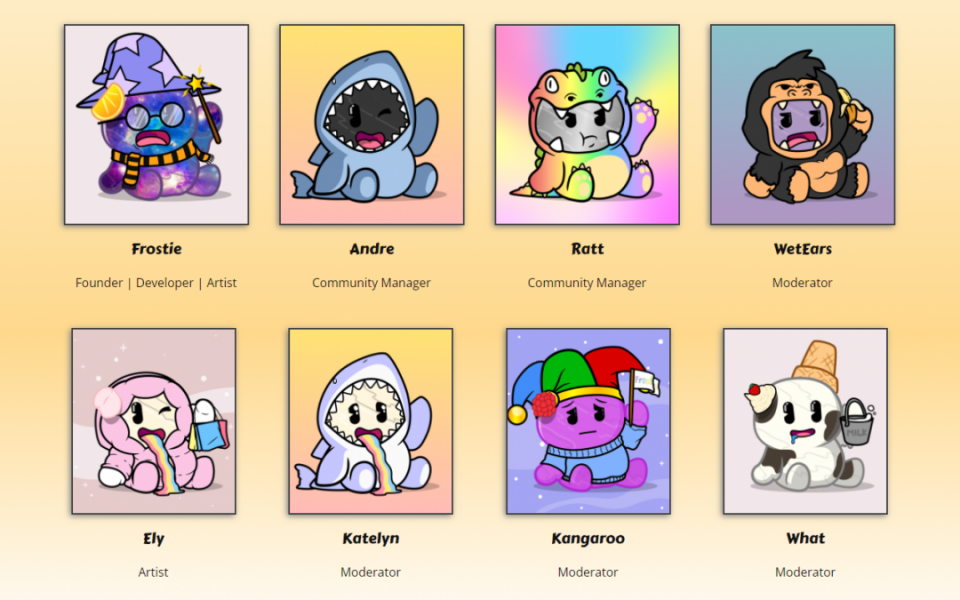 The term “rug pull” doesn’t have any positive connotations. Either someone is going to fall on their face, furniture is going to topple over, or, in the case of the NFT world, a lot of people are going to lose a lot of money.

A rug pull scheme is what happens when crypto developers attract early investors to a project and then quickly abandon it. This happens either by taking off with the project funds or selling their pre-mined assets. In either case, this is done to siphon all the funds from the community that bought into the project.

After a project’s NFT prices rise enough to satisfy the people aiming to pull off a rug pull, the developers will hastily transfer the funds out of the ecosystem and essentially vanish, leaving investors with little or, more likely, no legal recourse at all. Welcome to the dark side of Web3.

Several notable rug pulls in recent years have served as evergreen reminders of the risks of the NFT world. We’ve compiled a short list of some of the most memorable (and costly) the ecosystem has ever seen. If there’s a bright side to these events, it’s that they’ve informed people on how to identify and avoid NFT scams more effectively.

Launched on January 7, 2022, Frosties was an ice-cream-themed collection of 8,888 NFTs that went to great lengths to market itself as a “cool, delectable, and unique” project. The founders, Ethan Nguyen (known as “Frostie”) and Andre Llacuna (known as “heyandre”), had built up a sizable community in their Discord and had promised collectors merch, raffles, and a fund to ensure the longevity of the project.

The NFTs were priced at 0.04 ETH per mint meaning that, once the collection sold out a few hours later, the team behind the project had pulled in 335 ETH — just over a million dollars. Then, the project’s website and Discord quickly disappeared, and the funds from the sale were transferred to various wallets. The founders could not be reached by people who had bought into the community, who were left with nothing but their digital art and a host of unpleasant feelings.

Unluckily for Nguyen and Llacuna, this was right around the time the Department of Justice began paying closer attention to cases of fraud in the crypto world.

On March 24, 2022, after a two-month investigation, prosecutors from the Southern District of New York arrested and charged the pair with conspiracy to commit fraud and conspiracy to commit money laundering on the grounds that they had “promised investors the benefits of the Frosties NFTs, but when it sold out…pulled the rug out from under the victims, almost immediately shutting down the website and transferring the money,” according to the press release.

The case is still ongoing, but it’s widely regarded as the department’s first NFT rug pull bust and is a significant moment in NFT history.

Big Daddy Ape Club was supposed to be a collection of 2,222 ape-themed NFTs destined to be minted on the Solana blockchain and then listed for sale on the Solanart marketplace.

The largest rug pull in the history of the Solana blockchain, Big Daddy Ape Club stands out as exceptionally painful. Most rug pulls see project developers offer up some NFT art and abscond with the money. Not so with Big Daddy Ape Club, a project that managed to rake in 9,136 SOL, roughly $1.3 million at the time, to mint its project’s NFTs. Except those NFTs didn’t even exist.

Sadly, in the hours running up to the mint, Big Daddy Ape Club locked and then decommissioned the project’s Discord, followed swiftly by the disappearance of the project’s Twitter account and website. Not one investor received the NFTs they paid for.

This rug pull was especially irritating because the project had passed a verification check by Civic, a decentralized identity verification company. To its credit, CEO Chris Hart and the rest of Civic are now working with law enforcement to apprehend those responsible for the scam.

Tuan is said to have made off with $2.6 million from Baller Ape Club investors after, you guessed it, launching the collection and then deleting the project’s website and laundering the money. According to the DOJ, Tuan converted the funds into various cryptocurrencies and then transferred them across a number of blockchains, a process known as “chain-hopping.”

The DOJ distinguishes the case as “the largest known NFT scheme to date.”

Evolved Apes’ founder, the anonymous individual who goes by the name Evil Ape, managed to steal 798 ETH ($2.7 million) from project investors just one week after the collection’s launch. Evil Ape’s Twitter account and the project website are no more.

Evolved Apes is a collection of 10,000 NFTs who are rather ironically described as being “trapped inside a lawless land.” The project was meant to be a fighting game akin to Axie Infinity. Needless to say, that game never materialized. The collection still exists on OpenSea, however, where floor prices have dropped to an unsurprising 0.01 ETH.

The Pixelmon case doesn’t exactly fit the technical description of a rug pull. Still, it inhabits a very similar space and serves as a valuable lesson on hype and credibility in the NFT community. The project, consisting of 10,005 pieces of pixellated character NFTs, launched on February 7, 2022, after having done a fantastic job building up a mountain of expectations around its collection and potential future.

Pixelmon promised a AAA open-world-style adventure game with low-res pixel art reminiscent of Minecraft set in a Pokemon-esque universe. According to its founder, Martin van Blerk, the team behind the project had all worked for the likes of Disney and Activision, which raised hopes that once revealed post-launch, the NFT art would truly be something special. This notion was reinforced by the Pixelmon team announcing the mint would be styled as a Dutch auction starting at a hefty 3 ETH.

The 8,079 NFTs made available for the primary sale sold out within an hour of the mint launch, with most collectors paying the full 3 ETH price tag. The Pixelmon team had pulled in 23,055 ETH — just over $70 million — by the time it had finished.

Soon after, community fears began to surface, as details about the team’s identities and of the metaverse game they were building remained sparse. The NFT art still hadn’t been revealed. Secondary sales plummeted to around 1 ETH just hours after the launch.

When the art was finally revealed to the community on February 16, collectors were baffled. The difference between the art that the project team had teased and what it had delivered was, to put it mildly, huge. The pixel art looked amateurish, often nonsensical. This isn’t to say that pixelated art, or art of any kind, can’t be valuable to an NFT community, but community members felt they had had the rug pulled out from under them. Many of the NFTs had rendering issues, appearing upside down or not appearing at all. Most were repetitive and featured little to no variation in their design.

Further adding to fear of being rug-pulled were accusations lobbed at van Blerk that he took funds from the project to go on a blue-chip NFT shopping spree that saw him acquire Bored Apes, Azukis, CloneX, Invisible Friends, and others.

While Pixelmon has fixed the rendering issues, its founders admit the launch was, to put it mildly, botched, with van Blerk taking to Twitter to offer an apology. The project seems to be bouncing back as of late. It currently has a floor price of .21 ETH, and some of its hilariously-bad NFTs have gained a cult following and are selling for two, four, and sometimes 5 ETH at a time.

It’s about as good an outcome as you can hope for in a rug-pull-like situation. Regardless, the Pixelmon case is a helpful warning tale. FOMO is a powerful, and sometimes dangerous thing in the NFT world.