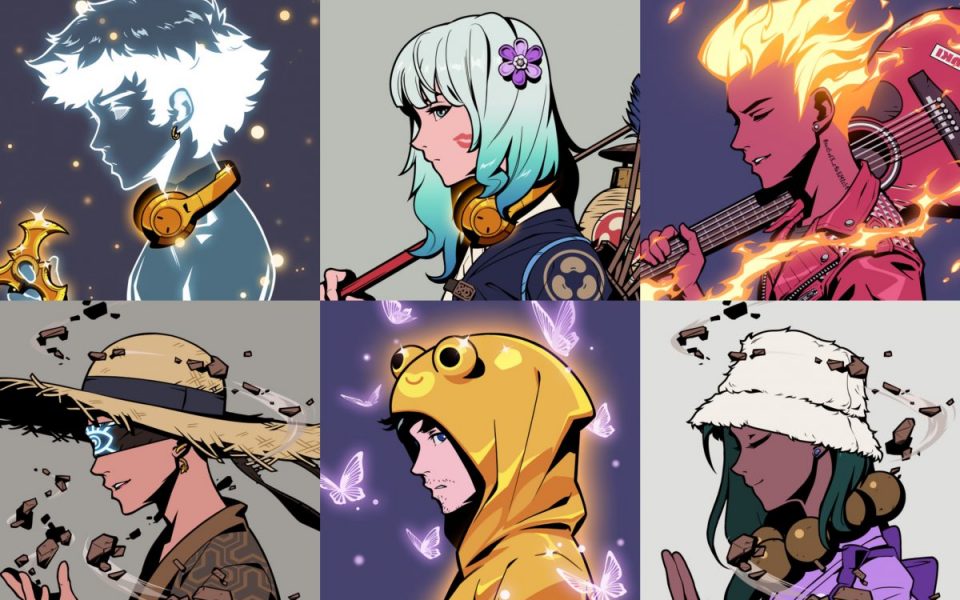 The Ultimate Guide to Azuki NFTs: Everything You Need to Know

by docdna
in Guides, PFP
Comments are off for this post.

Few projects have reached such levels of popularity and infamy as Azuki. A PFP project featuring 10,000 anime-inspired NFTs, Azuki’s path to prominence has been characterized by unrivaled hype, in-depth lore, and surprising controversy.

First bursting onto the NFT scene in January 2022, Azuki quickly won the hearts of countless NFT enthusiasts as a potential new frontrunner of the then PFP-centric NFT market. Boasting a high mint price and complex roadmap, an air of exclusivity surrounding the still budding project was quickly amplified by the many influencers that labeled the endeavor a hot commodity.

Early on, the project’s creators announced a grand vision to create the largest decentralized metaverse brand — one built and owned by their holder community. But after months of steady growth that saw Azuki become one of the fastest-growing projects the NFT space has ever seen, the collection hit a wall when its creator was linked to numerous failed and somewhat controversial NFT projects.

Yet, it seems even a founder scandal couldn’t slow Azuki down — as the project quickly regained steam, even finding a foothold among the crashing crypto and NFT markets. What’s its secret? Let’s explore the rollercoaster ride of the NFT project called Azuki to find out.

What is the Azuki NFT project?

At its core, Azuki is a collection of 10,000 generative avatar NFTs launched on January 12, 2022. Much like other PFP NFT projects, each token within the Azuki collection is the result of a randomized selection of traits. Featuring anime-inspired artwork, Azuki’s distinct look has been called a mix between the 3D action role-playing game The World Ends with You and the stylistic sensibilities of the iconic skateboarding magazine Thrasher.

Originally, Azuki was set to be launched via Dutch Auction — a style of NFT drop where a sale starts at a set amount and then drops over time to the final sale amount. The initial Azuki mint price was 1 ETH, set to decline by 0.05 ETH every 20 minutes until the price it 0.15 ETH. But Azuki never reached 0.15. In fact, it barely reached the first price reduction at all, as the collection sold out its full supply in about three minutes at the 1 ETH mint price.

Of course, the quick sell-out of the project was likely the product of hype and influencer support. But the expansive project roadmap (discussed in the next section) was undoubtedly a major cause of the project’s early success. Yet, as roadmap promises must all be taken with a grain of salt, it was likely the community support and the capital raised during the primary sale that led collectors to believe the possibilities for Azuki to be endless.

To put it in perspective, Azuki released 8,700 NFTs during their public sale. Priced at 1 ETH ($3,400 at the time). This means the founders initially raked in around 8,700 ETH valued at upwards of $29 million on the day of sale. A day later, the private whitelist sale commenced, with an unspecified number of Azuki NFT minted at 0.5 ETH each generating around $2 million extra for the team.

In the weeks following the Azuki launch, the collection would go on to do around $300 million in secondary sales volume across many major NFT marketplaces. And as we have come to know that success breeds more success within the NFT space, the early accomplishments of the Azuki brand quickly led the project’s floor into the ETH double digits, sending its popularity skyrocketing.

Azuki was created by Chiru Labs, a group of Los Angeles-based artists and developers with backgrounds in crypto, technology, and gaming. The group consists of pseudonymous members 2pm.flow, location tba, HoshiBoy, and is headed by ex-big tech entrepreneur Zagabond. The aim of Azuki is to be bigger than a simple PFP project, with a laundry list of sectors to be rolled out under the overarching Azuki brand.

How did Azuki gain popularity?

As previously mentioned: within the NFT ecosystem, success is proven to breed more success. Anecdotally, once a project like Azuki gains notoriety, it’s likely that the value of that project will continue to be sustained, if not rise, as long as the hype surrounding the project is maintained. This unwritten rule of the NFT space seemed to work out fantastically for Azuki, as with a five percent royalty fee in place for every Azuki NFT resale, Chiru has since generated many more millions since the initial launch.

Sales volume aside though, the grandeur surrounding the vision of the Azuki universe may be what truly inspired the wider NFT community to take notice. Even in the early days of the project, the Chiru team announced sizeable plans for the future of the project, including immersive 3D experiences, merch, exhibits, a native currency called $BEAN, and much more.

Of course, these new facets of the brand would be first and foremost available to members of The Garden — the name given to the Azuki collectors community. Those within The Garden (i.e. those who own an Azuki NFT) are granted access to all exclusive Azuki drops, streetwear collabs, live events, and more.

Yet, Azuki’s popularity can also be attributed to the timing of its launch. At the beginning of 2022, a few anime-themed projects were starting to rise through the NFT market ranks. 0N1 Force, for one, had taken the NFT space by storm only a few months before Azuki, but seemingly bit off more than it could chew, falling in popularity and leaving a hole to be filled in the PFP market.

However, all the momentum that Azuki had started out with came in very real danger of coming to a halt in early May 2022, when Zagabond published a blog post discussing how his last three NFT projects before Azuki came to an end. These weren’t just any projects, but a select few that had once been prominent facets of the NFT ecosystem and were ultimately abandoned by their original anonymous founding teams.

In May 2022, it came to light that Zagabond was the driving force behind now-defunct projects Tendies, CryptoZunks, and CryptoPhunks. As some of these, especially in the case of CryptoPhunks, were considered rug pulls by the NFT community, many collectors and enthusiasts felt that the Azuki founder was not simply guilty of concealing the information from his community, but of one of the biggest faux pas in NFTs.

Yet, the accusations didn’t stop there. With concern growing as to why Zagabond had shared this information about his “failed projects” in the first place, some pointed to on-chain data that seemingly illustrated how the creator behind CryptoPhunks executed a wash trade. The community sentiment surrounding Azuki quickly began dropping, pulling the Azuki floor price along with it.

It all came to a head when Zagabond took to a Twitter space on May 10 hosted by prominent NFT community figure Andrew Wang to further respond to the allegations. He defended himself in a number of different ways during the space, first claiming that he handed off some of the projects to their collector communities, then justifying his actions by noting that there is no set rulebook for creators to go by.

However, some of the developers that worked on Zagabond’s past projects shared a very different experience, with a few saying that these projects were less failures than they were clear scams. In a Twitter thread, former CryptoZunks team lead dxv accused Zagabond of being dishonest about his work, failing to properly communicate what was happening with the project, and abandoning the project despite having numerous roadmap events already in the pipeline.

Although members of the NFT community were thoroughly unsatisfied with how Zagabond handled the allegations, he ultimately issued an official apology via Twitter and has continued to play an integral part in the building of the Azuki brand.

What’s next for Azuki?

In April 2022, Azuki rolled out its largest expansion to date: the Azuki Beanz collection. Said to be a sot of sidekick to the Azuki journey, holders of original Azuki NFTs received these NFTs free of charge via airdrop. With Beanz, Azuki capitalized on the need to expand the brand without diluting the original 10,000-supply collection, much like Bored Apes did with mutant Apes, and Doodles with Space Doodles.

With a collection of nearly 20,000 NFTs, Beanz helped lower the barrier to entry into the Azuki ecosystem, promising future utility to Azuki collectors down the line as the brand’s story develops. Beanz holders were also given access to a holders-only Discord channel in the Azuki server and will be eligible for future Azuki merch drops down the line.

As the “red bean” — undoubtedly an homage to the “red pill” from the Matrix franchise — has continued to be a staple of the Azuki community, Beanz will likely play an integral part in the Azuki ecosystem. And as the ecosystem expands, it’s becoming clear that Azuki is endeavoring to become an influential name both on and off-chain.

On-chain, Azuki is looking to create its own unique metaverse. Within this metaverse will live interactive multimedia experiences, games, community incentives, and perhaps even comics and animation. Yet, the “bridge between” the metaverse and real-life activation seems to be the most important initiative to Chiru.

We first got a glimpse of what this bridge might look like from Azuki’s large-scale satellite event at the 2022 NFT.NYC conference. Featuring vibrant and dimly lit scenery reminiscent of Japanese culture, the Azuki event called on members of The Garden to help bring the activation to life. Complete with art installations, live music, food stands, a tattoo shop, physical versions of Beanz NFTs, and more, “Enter the Alley,” as it was called, was indicative of the all-encompassing brand Azuki is aspiring to be.

As companies like Yuga Labs and Doodles continue to lay the groundwork for what a Web3 brand might look like in the real world, Azuki doesn’t seem to be far behind. As one of the most popular and successful entities in the NFT space, we’ll likely see Azuki and the Chiru team deploying capital over the next few years to help bridge the gap between its existence as a PFP NFT community and comprehensive consumer brand.

The post The Ultimate Guide to Azuki NFTs: Everything You Need to Know appeared first on nft now.