Previous postIs User-Generated Content (UGC) A Google Ranking Factor? via @sejournal, @kristileilani
Owners Will have the Opportunity to be Featured in an Actual Published Pooch Café Comic — Founder's InterviewNext post 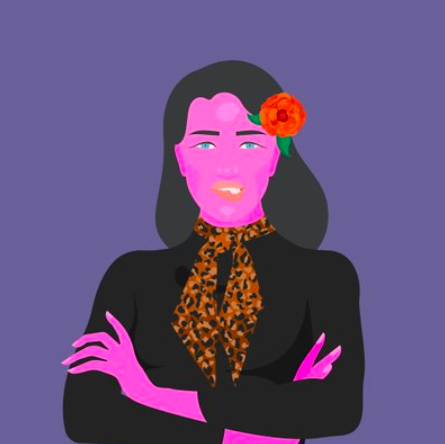 The Problem with Anonymity in Web3 and NFTs

by docdna
in Features
Comments are off for this post.

With much of the core ethos of Web3 predicated on decentralized ownership and privacy, anonymous and pseudonymous identities are rather common. Following Bitcoin founder(s) anonymous identity Satoshi Nakamoto, many in the crypto community now operate under their own alternative identities. While some do so to stay private or work towards self-sovereignty, others simply view it as a fun way to participate in crypto culture.

But not everyone sees it that way. When it comes to NFTs, pseudonymity, and anonymity are causing quite a controversy.

Before we go any further, it’s important to capture the difference between pseudonymity and anonymity. Pseudonymity is the ability to act in a way where you can be identified, but the identification itself shields who you actually are. The majority of NFT community members who choose to operate using obscure ENS addresses and PFP avatars, do so pseudonymously.

Today, the blockchain is completely pseudonymous. Users’ identities are represented by their wallet’s public key, an alphanumeric string of letters and numbers. But technically, by tracing financial transactions associated with their wallets, and piecing together any personal information they’ve chosen to release publicly, you’re sometimes able to get a sense of who is behind the account.

Pseudonymity vs. anonymity, on the other hand, is when a person cannot be traced or identified by any name at all. For example, a “Guest” comment on a blog. Without IP tracing or back-end GPS data, there is no way to tell who wrote it.

The importance of accountability

In February 2022, BuzzFeed journalist Katie Notopoulos doxxed the four previously pseudonymous founders of Bored Ape Yacht Club. While the founders operated anonymously on Twitter, they listed their real names on public-facing business documents. With a little digging, uncovering their identities was fairly straightforward, and from the founders’ perspectives, eventually expected. Facing public pushback, Notopoulos argued that pseudonymity in a project of BAYC’s size diminishes accountability for founders.

And to a degree, she is correct.

Most recently, ZAGABOND, the previously pseudonymous Azuki co-founder, released a Mirror post titled “A Builder’s Journey.” What was intended to be a sign of good faith about building in a bear market, the blog post revealed that ZAGABOND had been behind three failed projects, and presumed rug pulls: CryptoZunks, Tendies, and Phunks. This sparked outrage and debate among the NFT community with much of the community accusing him of scamming, gender baiting, and other dishonest activity. Within 24 hours of the news, the Azuki floor price was cut by nearly two-thirds.

In a Twitter space with Andrew Wang, ZAGABOND cited a lack of product-market fit and disconnect between creator/consumer expectations, rather than admitting to any wrongdoing.

“As a creator, there is a disconnect between expectations for creators and consumers in this space…from a creator perspective if you create a project and deliver on everything you promised it seems like there’s an expectation that the team will work on the project in perpetuity…so am I indebted to these communities forever?”

With any innovation comes good and bad actors. But with the privacy that Web3 provides, and ironically, in a space predicated around trustlessness, trust is more important than ever. Instead of third parties, we now place increased levels of trust into the hands with whom we directly transact The same idea applies to who we let influence our beliefs and purchasing behavior. Unfortunately, in some cases, bad actors have used anonymity as a shield for unethical behavior such as hacking, rugging, insider trading, and pumping and dumping.

But alternate identities aren’t all malicious. Anonymous identities can serve as a form of self-expression or a psychological “fresh start”, letting people “become” someone online who they may not be in the real world. For members of underrepresented or marginalized communities, using a separate identity can help to avoid bias and harassment, while also providing access to certain opportunities that they may have difficulty affording IRL.

This is a key advantage that former Coinbase CTO and esteemed polymath, Balaji Srinivasan discussed in depth in his presentation for the Cryptocurrency and Hayek Conference.

“The pseudonymous economy is the foundation for muscular classical liberalism that is capable of standing up in today’s information environment. Rather than make naive appeals to people to look past gender or race, or to not cancel or to not discriminate online, instead, we make it impossible to do that by taking away that information entirely with realistic avatars and fully functional pseudonyms.”

For creatives, anonymity can add a layer of value to one’s work, sparking a mystique across the world and drumming up further demand. Would Bansky’s art sell for as much as it does if people knew who they were? Maybe, but we’ll never know.

We spoke to a group of both doxxed and anonymous NFT community members to hear their thoughts on one of the most relevant and much-needed debates in the space:

Is anonymity good or bad for NFTs and Web3?

Anonymity is often positive and vibrant. It offers an unbiased and quite honest space for a consumer to experience through their own unfiltered lens. That being said, it can swiftly downturn often due to the rapid pace, misaligned community, and (what looks like) the “smoke and mirrors hype” of some NFT projects. With this, people can get caught in the undertow and start making emotionally-driven choices without researching or listening to their gut. The aftermath could be harmful — causing financial strain or even drain.

Making up only 26 percent of current crypto holders, women have to get in the Web3 transition — and soon. It’s critical that we shift and even out this gender disparity with visibility, a goal we are striving to achieve with Epic Playdate and MetaMamas. There are many substantial and impactful women-led Web3 projects — from NFTs to metaverse builds to DAOs to D2A creations — all of it. Women are showing up and, I feel, should show their faces — be visible!

I’ve invested in 30+ NFTs since January 2022 — all with doxxed founders. I intentionally chose this pathway because of the accountability and transparency that comes with investing in general. These purpose-driven NFT communities are full of active conversation, clear action plans and roadmaps, and growing professional teams. Take Boss Beauties, one of my favorite NFTs that I hold. Founder, Lisa Mayer is not only doxxed but literally living her NFT initiatives mission of “empowering girls and women at the forefront of technology, leadership, and creativity” as she held her cute kiddo during her panel at VeeCon this past weekend. I know the leadership behind the platform and this allows for more time and financial investment. It feels more trustworthy.

Reading about various projects rugging their own communities certainly is a blow for all the creators (doxxed or not) who are visionaries and thought-leaders actually creating and managing purpose-driven initiatives. With that, I live by an 80/20 rule and feel optimistic that most people and teams are serious about creating incredible projects with robust utility and 100-year plans.

Much of my personal anonymity and pseudonymity was about having fun and fitting in. I had a screen name that was personal to me that I’d used elsewhere, so it was an alter ego I’d already embraced and it was fun to give it more free reign. It also felt like using such an alter ego was part of the space.

I had a long career in advertising and storytelling outside of this space so I’m used to having my name out there. And from the start, we as a team have always said: if you want to know who we are, it is easy to figure out. We have cited our work over the years in numerous places, along with brands and projects we worked on. A simple google will give us away. So while we embraced pseudonyms, we never actively tried to hide our real identities.

As pseudonymous founders of Nuclear Nerds, I think we do our best to communicate with the community regularly and often via bi-weekly announcements and weekly spaces. We work hard to do what we say. We’re also active on our own Discord and on Twitter, and in my opinion, highly accessible.

Personally, I want people to feel safe. Safe that no one is going to come after them if they’re doxxed. Safe that the project they’re getting involved with isn’t a rug and is run by people who genuinely care about their community and the project’s success. Ultimately, it’s about building names and brands (doxxed or anonymous) that stand for something good, and that will simply take time.

Personally, my pseudonymity dates back to pre Web3 with my men’s fashion and food Instagram, Mealsandeals. With that, the transition to Twitter and anonymity in Web3 seemed like a no-brainer. It definitely has made it harder to meet up with people in real life and occasionally involves sending an awkward selfie before meeting someone, but I do feel much safer against social engineering, people impersonating me, or any other shady actors.

Anonymity and pseudonymity are helpful in NFTs for a few reasons. The first is protection. Web3 is a Wild West and if you’re an anon it makes it a little harder for bad actors to try to phish or scam you. Anonymity also means people can value me solely based on my content and not how I look or who I may be affiliated with.

On the flip side, it can definitely be harmful if you’re a bad actor. Serial scammers can maintain their anonymity and get away with a lot more because it’s harder to hold them accountable. The beauty of the blockchain is that everyone’s actions are on-chain forever. And thanks to good samaritans like zachxbt, who track blockchain interactions and help flag accounts to avoid, we can use this information to be safer.

At Rare Shoe, our team personally doesn’t think being anonymous is a great thing. That’s why we chose to be 100 percent doxxed. We like being able to communicate with our holders and have a sense of trust by them knowing who we are and what we want to do in the future. Being part of a community other than the one we are building is very important, which is why we have our PFP avatars, and the community appreciates that.

The post The Problem with Anonymity in Web3 and NFTs appeared first on nft now.