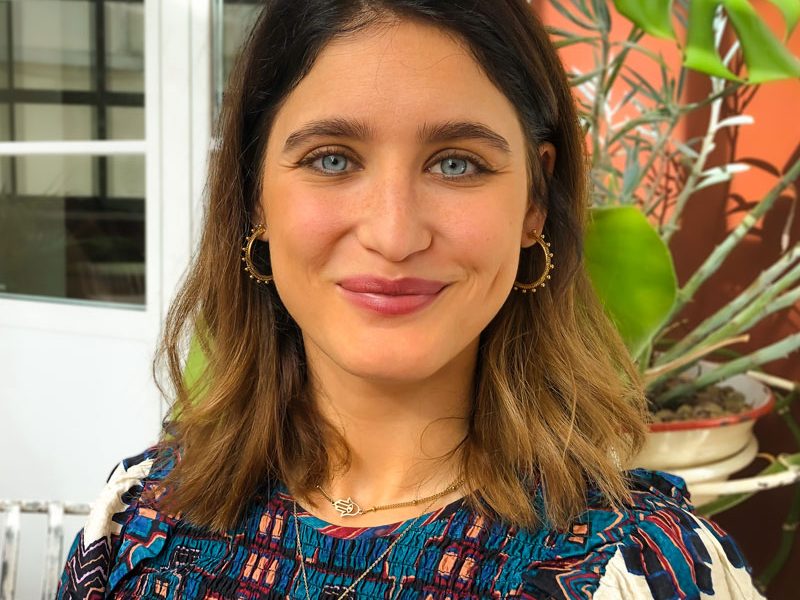 The Ultimate Guide to World of Women: A Pillar of Inclusivity in NFTs

by docdna
in Diversity and Inclusion, guide, Guides
Comments are off for this post.

World of Women (WoW) is an absolute juggernaut in the NFT space. One of the community’s greatest success stories, what began as a 10,000 edition PFP project aimed at providing a space for women in an otherwise “crypto bro” dominated ecosystem has grown into a well-known Web3-based brand that is exploring a range of ambitious media endeavors.

The company continues to make headlines. In January 2022, Guy Oseary, the talent manager who represents Madonna, U2, and other big names, announced he would be adding WoW to this illustrious roster to aid in brand efforts to explore opportunities in film, television, music, gaming, and consumer products. Just a month later, Reese Witherspoon announced that her production company, Hello Sunshine, would partner with WoW and expand their universe into an assortment of intellectual property types, including feature films and a TV series.

That same month, the project’s co-founder and artist, Yam Karkai, was asked to create one-of-a-kind magazine covers featuring artists like Madonna, Mariah Carey, and Christina Aguilera to commemorate the 2022 Billboard Women in Music event and summit. To top the month off, World of Women NFT #5672 sold for 260 ETH (£567,000) during a Christie’s London Evening Sale on February 28.

These are high-profile, high-profit happenings for any NFT project. So, how did it all come together? To understand what WoW is doing, why it matters for representation and inclusion in the NFT community, and how to become a part of that community, we’ve put together a comprehensive guide to the colorful, impactful project.

What is the World of Women NFT project?

World of Women began as a collectible NFT project of 10,000 generative PFPs made available on OpenSea. They were comprised of 200 visual assets that WoW artist and co-founder Yam Karkai drew by hand. The project, like the artist behind it, aims to create a pluralistic and positive community for all, and encourage women to explore what opportunities Web3 has to offer.

Karkai is a digital illustrator who got into the NFT space in the early days of 2021 as a single-edition NFT artist. She was drawn to Web3’s flexibility in enabling artists to build in the space without working with the need of third parties to find gainful work.

“I was so excited to find such a new and unique opportunity and path for artists to showcase their work, promote themselves, and actually get paid for their craft,” Karkai explained in a recent interview with nft now.

Karkai has long focused on using her art to empower women, depicting them using vibrant colors and fine lines that evoke a sense of the fantastical in her pieces. Her first single-edition NFT art collection, Women by Yam – Females in the spotlight, was in some ways a predecessor to the original WoW collection, featuring hand-drawn women shown in bold and contrasting hues. The collection has long since sold out but continues to make the rounds on the secondary market, having achieved a total sales volume of 76.9 ETH on OpenSea.

As the NFT boom of 2021 was in full swing, Karkai saw a chance to spread her message even further, so she pivoted to the PFP collectible space. This is when the WoW of today was born. “I knew that I wasn’t the only one feeling and seeing that women and minorities were under-represented in this space,” she says. “I was hopeful that it would attract people like me and people that share the same thoughts and values.”

That hope was extremely well-placed. The World of Women collection was released for public sale on July 27, 2021. It sold out in 10 hours. A month later, WoW had done 745 ETH in trading volume. Today, that number stands at an astonishing 70,802 ETH, which, even if we convert using today’s bear market rates, comes out to over $75 million dollars in volume.

The blue-chip NFT project continues to grow. In March 2022, Karkai and the WoW team expanded on their community’s universe by launching World of Women Galaxy, a new collection of 22,222 WoW NFTs that were created using NFTs from the original collection. These new pieces “traveled through a portal to join the Galaxy,” according to the project’s website, evolving and multiplying as they came, eventually emerging as new forms. The WoW Galaxy collection also includes 16 1/1 NFTs that were hand-drawn by Karkai, not generated, called Champions and Guardians.

To no one’s surprise, the WoW follow-up collection sold out in three days. It currently has a floor price of 0.51 ETH and has done 28,000 ETH in trading volume, or just around $31 million at the time of writing. Collectors looking to buy on the secondary market can check out both WoW collections on OpenSea, Nifty Gateway, LooksRare, Rarible, and Foundation.

Who created World of Women?

While WoW is very much Yam Karkai’s brainchild, she co-founded the project with her partner Raphael Malavieille, NFT collector and influencer BBA, and Toomaie. The team has since expanded to include Dani Ton, Inna Modja, Julia Loiseau, Kashvi Parekh, and Yen.

How did World of Women become so popular?

There are a couple of reasons why WoW became so popular. One was that, in an NFT space heavily dominated by men, there were many women who were looking for a project that would resonate with them. WoW is one of the premier women-led projects in the NFT ecosystem. It has arguably done a better job than any other single project of onboarding women into a Web3 space that, until the project’s existence, was highly skewed along gender-based lines. The community was just waiting for a project like this to come along to give women a prominent voice in the world of crypto.

The second reason is that a number of high-profile celebrities bought into the project and began using the PFPs on their social media accounts. Eva Longoria, Shonda Rhimes, Napheesa Collier, Reese Witherspoon, and several others have championed the project. Well-known collector Gary Vee has picked up a total of 15 NFTs from both collections. These events undoubtedly helped raise awareness of the WoW community, firmly securing the level of fame that it currently exhibits.

Deepening the project’s cultural impact and staying power is the continuing support of Reese Witherspoon, a vocal proponent of NFTs and WoW’s overall message and mission. Witherspoon has been so taken with the project that in February 2022, she announced that her production company, Hello Sunshine, would partner with WoW to expand their universe into an assortment of intellectual property types, including feature films and TV series.

“We’re proud to partner with WoW to expand their universe of characters and to develop innovative scripted and unscripted content,” Witherspoon said of the collaboration. “We look forward to engaging with the remarkable WoW community at every step of this partnership and creating opportunities for WoW holders to work collaboratively with Hello Sunshine on transforming the WoW art into powerful stories.”

What utility do World of Women NFTs have?

Aside from the eye-catching art, original WoW NFT collectors get access to a number of in-community perks. Firstly, collectors own their image and all the rights to it, meaning they can use it however they see fit, even for commercial purposes.

Holders also became eligible for exclusive airdrops from Worlds of Women Artdrops, a monthly collaboration between WoW and established artists in the community. These WoW-collaboration NFTs came from seven “worlds” with varying themes: Night Realm, Golden Star, Rainbow Orb, and more, and were released in “seasons.” Each season, WoW teamed up with seven artists in the NFT space to commission seven unique NFT pieces based on WoW’s world themes and overall mission and vision.

All eight-season drops have concluded, and the Artdrops project is currently on hold while the community revises and votes on changes to the project within the community’s DAO, the DAWoW.

Another perk is that owning an original 800×800 pixel WoW NFT gives collectors exclusive access to the 4000×4000 pixel file of the same art, from which users can create high-resolution prints, derivatives, or whatever else they like. WoW NFT owners were also eligible to win one of 100 framed physical prints signed by Karkai. The winners were announced shortly after the original minting of the project.

Owners of WoW NFTs with rare attributes are also able to take part in various clubs. The first of which is the Curator’s Club where, once a month, members select an artist for the WoW Fund to purchase artwork from.  Members of the Royalties Club, of which there are only 19 eligible NFTs, are privy to a fund whose proceeds are shared equally among club members. These are gathered from 50 percent of all secondary sales from WoW’s original collection. Lastly, there’s the Investor’s Club, where 50 percent of all profits generated by the World of Women Fund are shared among members on a monthly basis. The Wow Fund’s main goal is to shine a spotlight on artists in the community.

WoW Galaxy NFTs come with their own utility and perks, which include an invitation to a major gala event that’s planned for sometime in summer 2022, access to private channels in the project’s Discord, allowlist opportunities, concert ticket discounts, and more. Like the original collection, WoW Galaxy NFT holders own their artwork in every way. Collectors can also contribute to the project’s governing board, the DAWoW.

The project team has also announced as-of-yet-undisclosed benefits to holders of NFTs from both collections, exclusive access to merch for Galaxy holders, surprise airdrops, and a metaverse version of WoW Galaxy NFT characters in the Sandbox.

What’s next for World of Women?

The Sandbox connection is a good sign of where the project is heading next. The WoW website declares that they are “heavily investing in the metaverse,” and in March 2022, they announced a new partnership with The Sandbox to jointly establish the WoW Foundation.

The WoW Foundation will receive $25 million from the Sandbox over a period of five years, using the funds to better build representation for women in decentralized spaces. The initiative is founded on four principles: giving back to charities, uplifting the ecosystem by supporting artists and funding projects, communicating to give more visibility to women-centric causes, and educating newcomers. Ten percent of all sales from WoW Galaxy will be donated to the foundation as well.

The WoW Foundation will function as an incubator and provide mentoring and free online lessons on Web3 topics through The Sandbox, allowing participants to earn an “NFT diploma.” The fund also gives participants the chance to develop business opportunities across The Sandbox’s network of partners. Given that The Sandbox is a subsidiary of Animoca Brands, one of Web3’s most prolific players, that’s a huge opportunity.

“Through facilitating the education and funding of women’s projects we hope these programs help establish a generation of influential women builders in the space,” explained Sebastien Borget, co-founder and chief operating officer of The Sandbox, in a press release.

“As well as a virtual academy, there will be a WoW Museum in The Sandbox that will be a showcase for the WoW Foundation.”

The WoW universe is less than a year old, yet has grown to be a cultural mammoth in the NFT space. It also shows no signs of slowing down. A breath of fresh air in what was an otherwise dynamic but uniform NFT ecosystem, Yam Karkai and the team around her have truly crafted a project to be proud of. With any luck, it will continue to be an inspiration for women around the world to build, create, and take advantage of opportunities within Web3.

The post The Ultimate Guide to World of Women: A Pillar of Inclusivity in NFTs appeared first on nft now.