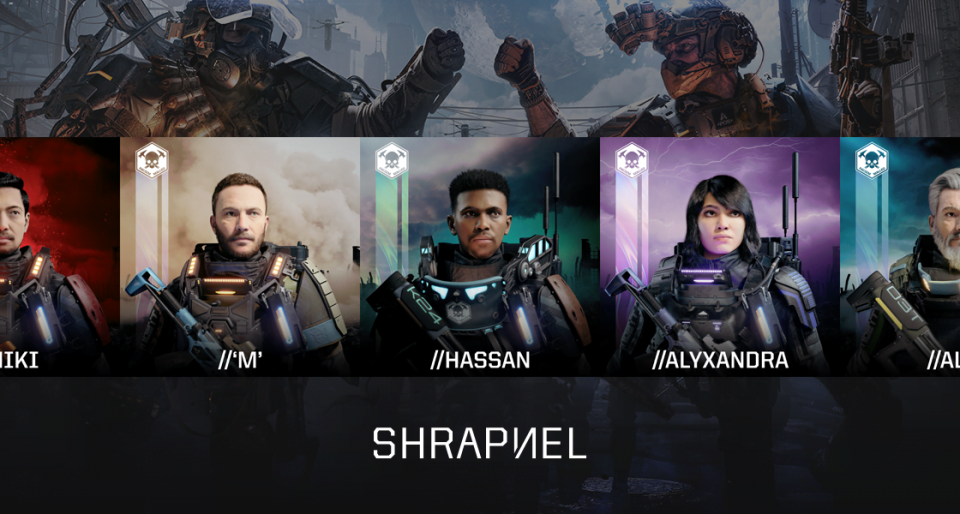 by docdna
in art, Collectibles, column, Undervalued
Comments are off for this post.

Traversing the world of non-fungibles is a daunting task. With so many new NFT projects, artists, and large-scale collections cropping up weekly, it has become nearly impossible to keep up with all the new and exciting happenings.

Previously, all that was needed to find the latest NFT craze was a simple browse through OpenSea. But things have changed drastically since the 2021 NFT boom. Now, NFT enthusiasts have to be really mindful of what and where they collect.

Shrapnel Operators, launched June 7, 2022, is a new large-supply PFP collection that ties into the Shrapnel gaming ecosystem. Featuring 10,000 NFTs that each depict one of five characters in Shrapnel’s upcoming comic book series, the collection exists as a unique facet of the metaverse gaming market.

Although Shrapnel Operators was created to represent characters from an upcoming comic book series, the project at its core links directly back to Shrapnel, an extraction-themed first-person-shooter video game powered by community-driven tools. As one of the latest gaming endeavors built on the blockchain, Shrapnel is the brainchild of Neon, a Seattle-based independent video game studio and publisher.

With a slew of gaming and tech industry veterans actively building out the Shrapnel universe, Neon hopes to play a key role in the changing world of gaming, first by incentivizing true creation, ownership, and community participation as a norm with Shrapnel Operators.

Thousand Ether Homepage, launched in the fall of 2017, is a legacy NFT collection that resurfaced during the 2021 NFT boom. As one of the earliest projects deployed on the Ethereum blockchain, the contents of the collection were wrapped for use on OpenSea and now live as a prominent historical facet of the NFT ecosystem.

Boasting past support from influential crypto investors like Balaji Srinivasan and Alexis Ohanian, the idea of Thousand Ether Homepage was to be the first blockchain-based, fully decentralized ad platform. Now that all of the real estate has been claimed on the project’s original website, Thousand Ether Homepage is only available via secondary sales on trading platforms like OpenSea and LooksRare.

LetsWalk, launched in March 2021, is a small-batch collection created by acclaimed animator DeeKay Kwon. Employing his signature style, Kwon set out to create 100 hand-crafted, individually designed, and animated walk-cycles, each accompanied by a unique character.

Although set to be capped at 100 total NFTs, each LetsWalk release is dropped as an edition piece, allowing multiple collectors to own a segment of the slowly growing collection. As Kwon has continued to grow as both an artist and collector (not to mention the auction winner of Jim Carrey’s genesis NFT), LetsWalk has remained a staple of his catalog and provides an interesting use case for the low growth of a personalized project that is also tied to the reputation of an independent creator.

Loot, launched on August 27, 2021, is an adventure-themed project created by Dom Hofmann, co-founder of Vine and other innovative NFT projects like Blitmap and Supdrive. Shortly after the project was launched (without warning via a single tweet from Hofmann), Loot took the NFT space by storm, ascending to the top of OpenSea’s charts and achieving nearly $200 million in secondary sales volume in less than a week.

Although the floor prices for Loot NFTs continue to fluctuate, the project has achieved a sort of prestige within the NFT space as the catalyst of the free-to-mint NFT craze. Although not the originator of the free-to-mint or free-to-claim NFT drop methodology, Hofmann’s focus on incentivizing his community to navigate smart contracts and build upon his initial project has garnered much support and imitation.

Degenz Access Pass (DAP), launched June 15, 2022, is the re-imagining of the Degenz and Regenz communities created by former Wall Street trader turned NFT enthusiast OSF. Set up as a sort of token-gated, membership-based community, those who own a DAP receive access to market reports created by a team of analysts with expertise in trading, hedge fund management, entrepreneurship, and more.

Originally launched in the summer of 2021 as a PFP collection, Degenz was met with both widespread support and criticism throughout the NFT community. Hailed by some as a low-quality cash grab, OSF quickly made clear his desire to create a robust community surrounding the project, regardless of opposition. Degenz now exists as a unique use case for the reformatting and transformation of an NFT project to become more accessible and profitable.