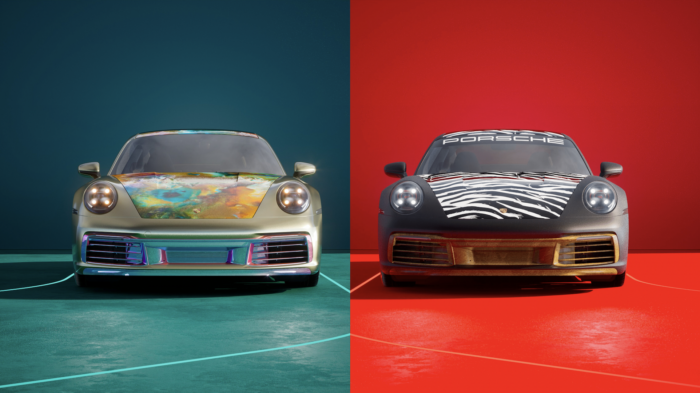 by docdna
in art, Collectibles, Upcoming Drops
Comments are off for this post.

Well, you can put the days of endless Twitter and Discord scrolling behind you as we pull together a weekly list of upcoming NFT drops you definitely don’t want to miss. Here’s what to look out for this week.

Why: For Porsche’s entrance into Web3, the luxury car company partnered with Hamburg designer and 3D artist Patrick Vogel on a collection of white Porsche 911 Carrera NFTs. Each digital collectible starts as a blank slate which, over the course of several months, holders will be able to customize by choosing between three possible “roads:” performance, heritage, or lifestyle.

Editor’s note: nft now has a financial relationship with Porsche.

Why: Over the last few years, André Allen Anjos — who goes by the stage name RAC — has garnered a following as a Web3 thought leader and one of the most prominent musicians in the NFT space. In 2017, the Grammy-award-winning musician and producer unveiled EGO, the first album released on the Ethereum network. With “Sonhar,” he drops his first release of 2023, coming as part of a new series called Ambient Works Series A, which he describes as “moments inspired by everything happening in my life.”

Why: Toshies is a new large-scale NFT project created by prominent artist Chuckchee. With 15 years of experience in the pixel art industry, Chuckchee first made a name for himself in Web3 with Alpacadabraz and has now switched gears to release his own personal set of NFTs as an embodiment of diverse, humorous, and inclusive art style. Like Chuckchee’s other projects, Toshies will be licensed under CC0, making it free for anyone to use, share, and build upon.

Who: Alimo, presented by Bryan Brinkman

What: Auction and limited editions

Why: With Let’s Go Surf!, multidisciplinary artist and boardsport devotee Alimo is set to make his debut on Nifty Gateway. Presented by seasoned art veteran Bryan Brinkman, the collection features three limited edition pieces and one auction. Each is crafted in Alimo’s unique, colorful, laid-back style and inspired by the idea of finding solitude but meeting friends along the way.

Why: Having recently released her track “temporary” via the music NFT platform Catalog, VÉRITÉ is making her 2023 debut on Sound.xyz with “temporary 001.” As an alternate version of the recent release, the multitalented artist hopes this experimental iteration of the track allows listeners to “see the song from a new angle.”

Kids Of The Apocalypse

Who: Kids Of The Apocalypse

Why: Kids Of The Apocalypse (KOTA) is a large-scale multimedia NFT endeavor created by a group of award-winning musicians and directors from around the world. Riding the success of KOTA’s genesis music NFT releases in the fall of 2022, the project’s next phase — a large-scale character-based PFP collection — is set to bring thousands of new enthusiasts into the KOTA universe, unlocking a variety of collaborative projects.