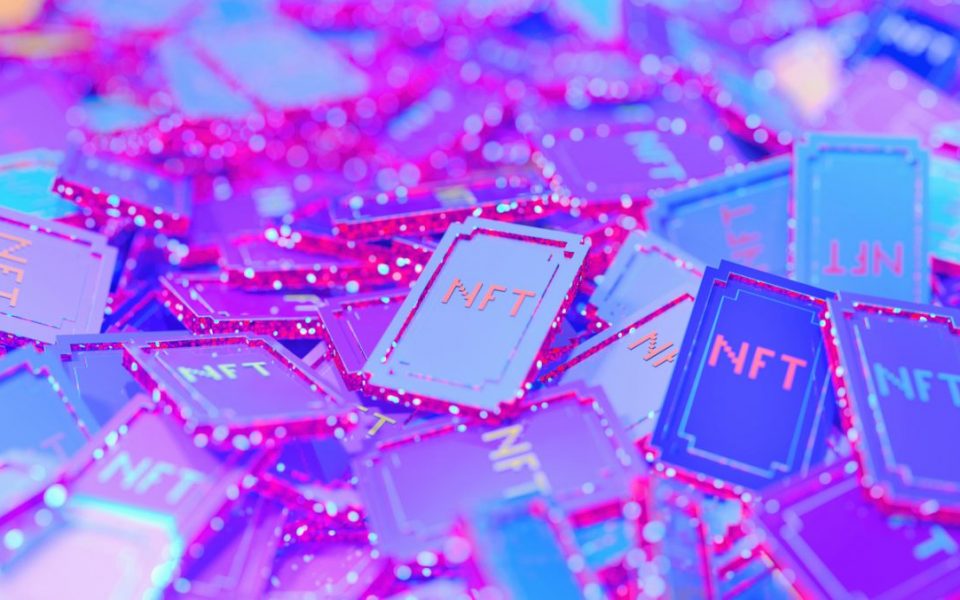 Is the Web3 Marketplace Ready for NFT Rentals?

by docdna
in Culture, web3
Comments are off for this post.

In the Web3 space, change is the only constant. Go offline for even a day or two, and you’re likely to have missed a development somewhere in the ecosystem, whether it’s about NFTs, DeFi, blockchain capabilities, or something else.

A less common but deeply compelling part of the NFT ecosystem is the idea of NFT rentals.

The first thing to know about the NFT rentals is that while intriguing, they’re also nascent, which means they remain underdeveloped. But the basic idea lives up to the name: NFT owners can rent out their digital assets for temporary use for several varying purposes.

That may sound vague, but the potential is vast.

The relatively few organizations pioneering the NFT rental market operate in something like uncharted territory, and most of these proposed platforms have yet to launch. The idea is compelling, however, and it could significantly impact the Web3 landscape if it gains traction within the broader NFT community. While there’s no guarantee of this, dismissing it out of hand would be unwise.

The NFT rental market is largely born out of the fact that NFTs have utility. Rent out the NFT and you rent out whatever utility it comes with. This has potential benefits for both NFT lenders and borrowers. For the borrower, it opens an opportunity to join the NFT community or take advantage of an NFT’s utility they otherwise wouldn’t be able to afford, even if only for a brief period. For the lender, it creates a financial incentive by allowing them to earn money passively on NFTs that might otherwise just gather virtual dust in their digital wallet.

One of the problems faced by the current NFT ecosystem is that, other than waiting for a project to grow in popularity or for the value of a cryptocurrency to increase, there’s no reliable or universal method of income generation in that ecosystem, just the prospect of speculative price increases. Adding to this is the fact that not everyone has the time, economic savvy, or entrepreneurial drive to closely follow the market and turn a profit from digital assets.

The potential to rent NFTs could be massive. Digital art, metaverse land, and gaming assets like characters, skins, and weapons comprise only a handful of prime candidates for NFT rentals. For play-to-earn projects, renting in-game assets could help a player a temporary boost in earning power. A well-functioning renting system could also enable those earnings to be shared with the lender, providing them with an extra source of passive income.

And let’s face it, people also enjoy flexing, and renting a high-profile PFP or other digital art is a great way to do that. Then there’s the benefit to artists who want to lend their NFT art to galleries around the world in a secure and transparent way. On a more functional level, they could even be used to allow people access to IRL events.

“The NFT rental market has a bright future for expanding the use cases and utility of NFTs, which have been predominately seen from an art perspective and not from a financial services perspective,” explained Patrick McLain, co-founder of MouseBelt Labs, in an email exchange with nft now.

MouseBelt recently developed one of the more promising platforms for NFT rentals called BoredJobs. The licensing marketplace lists thousands of Bored Ape NFT profiles that original Bored Ape owners can “claim.”  Having done so, BoredJobs will connect the NFT owner with brands or individuals looking to rent out the Bored Ape for branding purposes.

MouseBelt may be uniquely positioned to take this challenge on as they’ve been animating NFTs from the BAYC for the better part of the last year, creating popular videos in the NFT community such as a viral video of Paris Hilton and Jimmy Fallon talking as their Apes. They’ve also incubated Meta Ape Studios, a Web3 agency that helps holders of blue-chip NFTs get them ready for commercial viability.

“We realized technical complexities and new security attack vectors in Web3 were impeding holders from seeing widespread use of IP and brands from being able to engage with collections,” McLain explains. “BoredJobs [aims] for owners to be able to claim ownership of their NFT and indicate the types of deals they’re interested in.”

And this customized approach seems to be working. The company says more than 500 BAYC owners have claimed their profiles on the site, and the firm’s received more than 100 inquiries from brands interested in renting them out, according to the email exchange with nft now.

Aside from MouseBelt’s BoredJobs project, only a handful of organizations in Web3 allow you to rent or lend NFTs. They operate in two categories: collateral NFT renting and collateral-free renting.

This type of renting centers around a borrower putting up collateral to temporarily use someone else’s NFT. BoredJobs falls into this category, where each BAYC deal is negotiated specifically between brand inquirers and NFT owners, with 15 percent of the cut going to the platform to cover operating costs.

Another example of an organization that operates on this model is reNFT, a DAO established in late 2020 whose main aim is to facilitate NFT renting. Last October, reNFT announced a funding round led by Animoca Brands totaling $1.5 million. Animoca is no small player in the Web3 world, so their involvement is significant. reNFT has also partnered with Rarible, and claims the platform will be the first to integrate its rental functionality in the future. The company’s main product is a protocol layer allowing peer-to-peer renting of ERC-721 and ERC-1155 NFTs on the Ethereum mainnet.

On a technical level, lending with reNFT means transferring your NFT to their smart contract rental listings. The lender then specifies the rental price (how much they’d like to be compensated daily), the NFT price (which is used as collateral and put up by the borrower), and the duration of the renting period.

There are several potential issues with the collateral model. First, the price of the NFT that the borrower puts up as collateral may be just as prohibitive as the price of buying into that NFT community. This can reduce the pool of viable borrowers. Secondly, and this is the fun one, the borrower might decide not to return your NFT. Sure, you’ve got collateral as a backup, but that only goes so far in financial consolation compared to the cost of a stolen digital asset.

This is where collateral-free renting comes into play.

Collateral-free renting is the idea that you don’t need to put up cryptocurrency to rent out an NFT. Among the groups in favor of this idea is UnitBox DAO, a blockchain startup that believes NFT renting can lower barriers and allow more people to join the play-to-earn ecosystem of the GameFi world, for example. UnitBox believes that plots of land in in-game metaverses and character skins and gear are all perfectly adaptable to the idea of NFT renting.

UnitBox’s rental system is still in the testing phase, but the idea behind the DAO is to enable collateral-free renting by using a protocol to create “wrapped” versions of the NFT that can be recalled at any moment by the lender.

“UnitBox is not so much a renting protocol as it is an NFT asset management protocol,” explained Anton Link, UnitBox’s CEO, in an interview with nft now. “We work on this model, which assumes that there is an investor (the NFT owner) and an asset manager (a player). The asset manager ‘rents’ the NFT at no charge, but divides the income earned in play-to-earn situations with the NFT owner, who can call back the asset at any time.”

UnitBox’s wants to aggregate renters and renters under one roof to better keep track of who is renting which assets, and how effectively renters are earning tokens or other digital assets in play-to-earn situations.

The DAO claims to be partnering with some big players in the NFT space, though they are noticeably light on details regarding the specifics of who those players are. But not everything is up to snuff: trying to access the company’s lightpaper on their website leads to a “404 Page Not Found” error, which doesn’t exactly inspire confidence. Nonetheless, it will be instructive to see how the DAO develops itself.

IQ Protocol is another group that aims to break into the scene with collateral-free NFT renting, creating wrapped versions of NFTs to rent out. However, their smart contracts will have expiration functionality built into them to lock in the duration of renting. Like UnitBox, IQ Protocol’s rental marketplace is not yet up and running, though their website roadmap claims it’s the next thing on the company roadmap to check off.

Both models (and the DAOs and protocols that use them) have a long way to go before they convince the broader NFT ecosystem that this is an endeavor worth mainstream commitment. As with many things with Web3 origins, the idea is, for the time being, both alluring and somewhat suspect.

Regardless, companies like MouseBelt Labs are pushing forward. While the model behind BoredJobs has less to do with play-to-earn mechanics and more to do with leasing intellectual property rights, the core concept is the same. As the shift of focus in NFTs sways back and forth between digital art and digital asset, BoredJobs aims to call attention to and properly develop how NFT owners view and interact with the latter.

“From a protocol standpoint, we see most of the demand for NFT rental marketplaces being tied to liquidity and financial use cases. NFTs are still maturing and transitioning from being viewed as an art category into having properties of traditional financial assets,” McLain says. “We believe in the market opportunity for ‘renting out’ NFT IP, through short-term and medium-term licensing deals with brands, and that this will be more impactful to the community directly responsible for why the IP has value in the first place.”

The post Is the Web3 Marketplace Ready for NFT Rentals? appeared first on nft now.