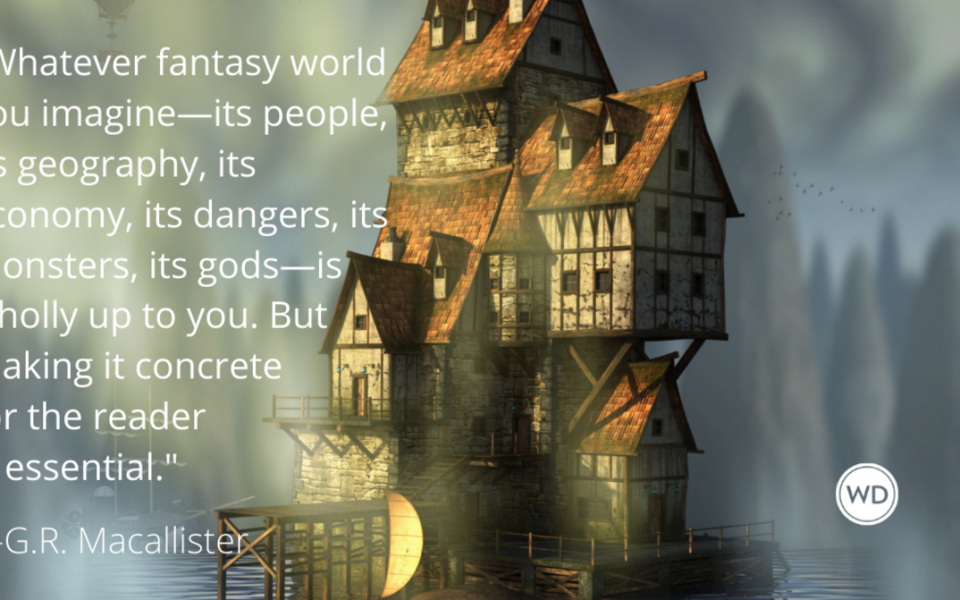 My first historical novel, The Magician’s Lie, was published in 2015. When interviewers asked how I started writing historical fiction, I told the truth: It was an accident. I hadn’t meant to become a historical novelist, not exactly.

I’d been writing contemporary fiction until I got a book idea I couldn’t shake: Why is it considered unremarkable for male stage magicians to cut women in half, and what would happen if a female stage magician cut a man in half instead? As I developed the idea, it became clear it should be set at a time when an illusionist could make front-page news, which turned out to be around the turn of the 20th century.

I didn’t know how to write historical fiction, but I learned the old-fashioned way: as I went along. My trial-and-error methods led me on a merry chase through quite a few trials and a whole lot of error, but slowly, things started coming together.

Five years later, I had a debut novel. It did well enough that my publisher was interested in the next one, so I wrote a second historical novel, then a third. All were set somewhere in America between 1850 and 1905. People asked whether I would continue to write historical fiction, and I’d shrug and confidently say, “Well, I guess so. These days, all my ideas seem to be historical.”

You see where this is going. In the summer of 2018, I got another book idea I couldn’t shake. This time, I had the overwhelming sense that someone—someone—needed to write a feminist, matriarchal spin on Game of Thrones. And I had a big decision to make.

Shifting from historical fiction to epic fantasy wasn’t a quick decision, nor was it a quick process. But so far, the rewards have far outweighed the drawbacks. It wasn’t impossible for me, and if you’re considering a genre shift toward fantasy yourself, it’s likely not impossible for you. But here are a few things to keep in mind.

To write any genre, you need to read that genre.

A writer’s time is scarce, yes. But if you’re not already reading widely in today’s speculative fiction world, you need to find the time. If you want to write fantasy, there’s a good chance you’re already reading a fair amount of fantasy, but in my case, I wasn’t. I’d read heavily in SFF when I was younger, but had drifted away from it (especially because I needed to read so much historical fiction to keep up with that field), and was only reading the occasional fantasy novel when the idea hit me for the book that became Scorpica.

So the very first thing I did, even before mentioning the idea to my agent, was to research what matriarchal fantasy novels were already out there. I read novels in which matriarchies were incorporated into adult epic fantasy, YA fantasy, adult sci-fi and space opera, everything even tangentially related to what I wanted to write.

Then I started reading more broadly across the past decade of speculative fiction, reading major epic fantasy series and stand-alones that I’d missed, looking up Hugo winners and diving into their work, finding new favorite authors in the genre. I educated myself. To jump into writing a new genre without doing so would be both foolish and arrogant. Don’t make that mistake.

Two things are true at once: World-building is definitely a hallmark of fantasy and science fiction, and world-building is also necessary to most other genres. Historical novelists, in particular, are always building worlds. Those worlds just happen to be approximations of worlds that actually existed on this planet in this timeline. So whatever genre you’re writing now, you probably already have the skills you need to translate a world from your mind onto the page.

Whatever fantasy world you imagine—its people, its geography, its economy, its dangers, its monsters, its gods—is wholly up to you. But making it concrete for the reader is essential. And you don’t do that with long dissertations about how some particular aspect of your imagined fantasy world came to be. You do it the same way you make any genre of fiction concrete.

You root it in character. You sweep the reader away by posing questions they’re hungry to have answered. You include sensory details—not just sights, but sounds, smells, tastes, textures—that place the reader right alongside your characters in the scene.

Back in 2018, when I shared the initial idea for my epic fantasy debut with my agent, she encouraged me to pursue it—even though fantasy fiction isn’t a specialty of hers. I was incredibly fortunate that once it became clear that this was genre fiction, not a Circe-style literary crossover, she gave me her blessing to seek a second agent without terminating our contract. Agent 2 would represent my fantasy work specifically, while Agent 1 would continue to represent me for historical fiction.

This isn’t something every agent is okay with, so we all kept—and continue to keep—the lines of communication open in all directions. The results have been smashing. However! You may not be so lucky. My best advice in this case is not to get ahead of yourself.

You may get seized with a Great Big Fantasy Idea, start writing, and realize 10,000 words in that you hate it. Don’t leave an agent over a book you might not ever finish. Even with my nearly ideal situation, there’s still a lot of contractual complexity around things like first-look deals and publication schedules. Don’t underestimate that work—when the time comes.

If you have an established career in one genre, as I did in historical fiction, and then start publishing in another genre, some things will have to change. You’re not going back to pre-publishing square one and building from scratch, but you’re definitely going to have to take a couple of steps back and re-shape some aspects of your career you may not have thought about in a while. I mentioned changing your reading habits above, but that’s just part of it.

Are your fantasy books different enough from your other books that you’d see some benefit from a pseudonym? How are you going to adapt your social media presence? How do you establish a new network of author friends in your new genre? Are there online communities, bookstores, publications, websites, conferences, media outlets that you need to be aware of for fantasy that weren’t relevant before?

You don’t need to know the answers to all these questions on day one, but you better get them figured out along the way.

Are there complications to making a move into the fantasy genre? There can be, absolutely. But the sense of play, of wonder, of grand scale—epic fantasy takes these elements of the writing process and cranks them up to eleven. I’ve found it enormously rewarding. Which is a good thing, because Scorpica is the first book of a three-book deal.

Now that I’ve done the mental work to set up the world of the Five Queendoms, I keep imagining more and more stories to set in that world. Ideas beget ideas. You never know where your imagination will lead.

If you want to learn how to write a story, but aren’t quite ready yet to hunker down and write 10,000 words or so a week, this is the course for you. Build Your Novel Scene by Scene will offer you the impetus, the guidance, the support, and the deadline you need to finally stop talking, start writing, and, ultimately, complete that novel you always said you wanted to write.