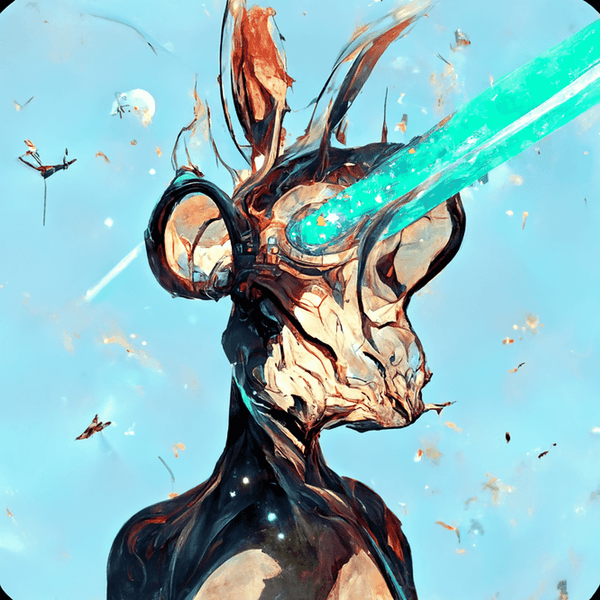 by docdna
in art, Bored Ape Yacht Club, Metaverse, web3
Comments are off for this post.

Imaging technology based on AI has become increasingly powerful and impressive with the passing of time. Most notably, the NFT art space has benefitted substantially from this emerging technology, with projects like Entropy Cards featuring pieces almost entirely generated using AI tools. Some projects in the NFT space are even inching towards embedding AIs into NFTs.

However, with the release of the Artsy Monke collection, perhaps the time is ripe to embrace tradition, and return to monke. For those skeptical about the project based on its name alone, this isn’t an attempt to latch onto the branding that’s defined the single most popular collection in the space. Artsy Monke is different — it’s a collection of 10,000 AI-generated images, all based on the initial 10,000-piece Bored Ape Yacht Club drop.

A promising start for AIs in NFTs

All 10,000 Artsy Monkes sold out at breakneck speed after its mid-July mint. Collectors were immediately drawn to these dazzling, painterly renditions of the apes that have continued to grip the hearts and minds of the NFT community. The best part? Each Artsy Monke sold for a mere 0.01 ETH following the initial mint — about $16.53.

Prices for these computer-generated apes have steadily increased on the secondary market since then, but not by much. As of writing, the highest price paid for an Artsy Monke on OpenSea is 0.5 ETH, for Monke #442. While not a life-changing amount, that’s still 50 times more than what the initial buyer paid for it.

Thanks to its low prices, and the promise of a future metaverse theme park complete with play-to-earn (P2E) gaming experiences, as stated in its press release, the collection has consistently stayed within OpenSea’s charts of most popular projects in the weeks since its release.

The logistical challenges of AI-driven NFTs

So what makes this collection so special? It wasn’t done with readily available AI image generators like DALL-E mini — in fact, the software and technology used to create this technology were authored by Google and the Artsy Monke developers. Artsy Monke’s AI artist Crypto Grims used the Google computing platform Colab and the tech giant’s state-of-the-art cloud computing services to get the project rolling. These powerful tools were supplemented by Grims’ own programming know-how, which enabled the project to succeed despite its grand scale.

But this scale demanded robust solutions. In the press release, Grims detailed the multi-step process behind the AI interpretations of every “OG monke” — the term endearingly used by the Artsy Monke team to refer to the original BAYC collection. The first step was feeding the original 10,000 apes into the machine “as a loose canvas within which to frame the generative art,” Grims said.

Then Grims taught the AI rig to paint in twenty different art styles — each shortlisted by the Artsy Monke team — in a groundbreaking framework that harkened back to Crypto Grims’ early work with AI art. As the 2021 bull run gained traction, Grims injected the power of AI. Of course, having a background as a software engineer was a significant boost — as Grims would detail in a blog post on Bored Panda — they discovered how to “train a neural network to paint a cartoon punk in the style of Picasso” in the very first few weeks of experimentation.

Unfortunately, that first AI-generated piece wasn’t perfect. It took Grims’ computer over an hour to generate the image, and the output was just a thumbnail that reportedly only vaguely resembled the work of the Spanish art icon, or even a cartoon punk, for that matter. At that point, Grims thought they were done with AI art — until they discovered how much the tools for creating AI pieces evolved in the following months.

Thanks to the recent advancements in AI and image diffusion, Grims developed an AI “trained with 14 million images and with a vest dataset of related keywords.” With a few text prompts, the AI can now reportedly “make any art on any subject, in the style of any artist.” Now, Grims and the rest of the Artsy Monke team aim to further promote their data-driven tribute to the BAYC. However, it may take time for this AI project to roll out again — and it could be longer before it creates an entire NFT collection. But with past successes, we can expect another big splash on the scene before long.